The self-inflicted taint wound (or Un-Clit 2.0) is the result of Chris's attempt to deal with his gender dysphoria issues using magical thinking. 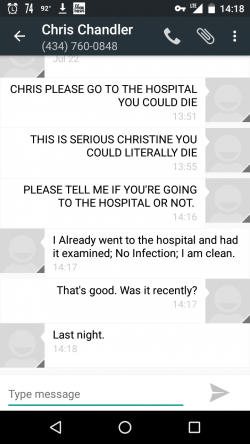