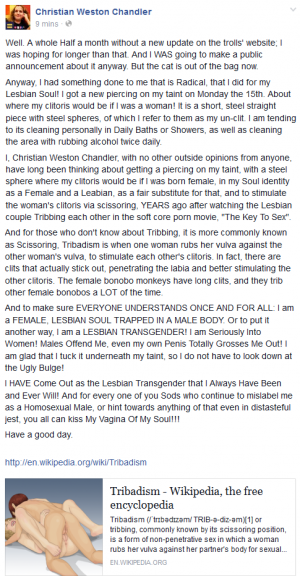 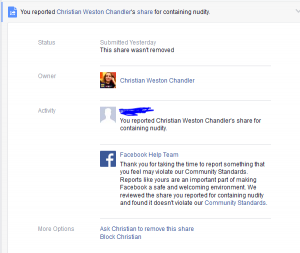 Factoring 2 professional piercings and 2 items of jewelry, Chris wasted a grand total of about $200 of his monthly tugboat on this.

On 4 December 2014, an update was released on the CWCki Forums (now Kiwi Farms) that Chris had re-pierced his taint. The new piercing jewelry was apparently made of gold. [1]