Soon after chunks of the incest call were leaked on 30 July 2021, the affair became the 4th trending hashtag on Twitter. As a result of this and the following mainstream media coverage, thousands of people were exposed to Chris for the first time. Out of this new infamy the orbiter wave arose. It is dubbed as such due to the sheer volume of new people following Chris's life story. These people can be roughly broken down into three groups:

This page will primarily focus on the more notable examples of these people, most of whom either wanted to take full advantage of the growing awareness of Chris and his life story and used their platform to attempt to profit off of it, or indirectly found themselves involved in Christory through their actions, all of whom do not have enough material for their own article otherwise.

About a day after Chris was sent to jail, a once anonymous troll going by the alias Airsoft Al, left a sticky note on his car and stole his license plate. Not too long after he posted about it on 4chan.

Abstract Al is an autistic YouTuber with similarities to Chris but had nothing to do with the theft of his license plate. He was framed for it by Chase Lopez of Abstract Airsoft.

A day after the leaks (and despite having all monetary support from Null being severed), Chris decided to go to a hotel in Richmond. Owning a conspicuous car, it wasn't long before Reddit user Chrisisaman managed to track down Chris's location at Regency Inn and post photographic evidence of his find to Reddit. While providing valuable information, Chrisisaman was derided for the clout-seeking manner in which he presented the information.

Dillin Thomas is a Youtuber who creates videos centered around the Sonic the Hedgehog series, sometimes making videos on particularly off-beat members of its fandom. His videos on Chris often involved him reading this very wiki and commenting on it. During the Incest Saga itself, Dillin direct messaged him to ask of the Incest Call's legitimacy; while Chris at first attempted to drown him out in a paragraph of pseudo-religious nonsense, Chris being Chris eventually confessed to everything despite having no real reason to do so.[1] Afterwards Dillin leaked the conversation and earned the title of "minor traitor" by Chris.[2] 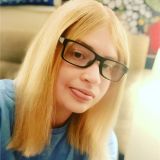 e1ectricthunder is a young woman who posted a very brief video of her and an unknown accomplice interacting with Barb. The two of them went to the Chandler home, claimed to be friends of Chris's looking to get in touch with them, and were met only by a very confused-sounding Barb. Their visit was not well-received, especially on the Kiwi Farms, where this was viewed as the harassment of an elderly woman, who was a subject of sexual abuse from her own son, for Internet clout, which lead to her doxing. 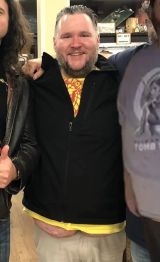 Ethan Oliver Ralph, known to some as "the Gunt", is the host of the controversial Killstream podcast. Ethan has shown to hold vitriolic feelings towards Null, which is thought to be the source of his interest in Chris above and beyond a simple desire for clicks over a controversial and viral subject. After the fallout of the incest revelations, Ethan saw both an opportunity to exploit Chris for views, and a chance at convincing Chris to publicly denounce Null, or even get him into legal trouble by linking him to the case. When Chris was located at a motel in Richmond, Ethan livestreamed himself driving to the motel in search of him, knocking on every door on the second floor and ordering pizza in a failed attempt to lure Chris out. After being kicked from the motel premises for loitering, Ethan soon returned upon being notified that police were in the area and filmed Chris's arrest, all the while screaming comments and questions at Chris.[3] Embodying the worst aspects of weens and a-logs, Ethan's commentary is particularly insufferable, though his footage of Chris's arrest is the only complete video of the arrest (one of his friends caught the last part of the arrest from a different angle). Ethan Ralph and Dick Masterson, another Internet personality in a similar sphere to the Gunt, also did at least two shows in which they defended Isabella Loretta Janke. Also both Ralph and Masterson extended an invite to Isabella to appear on their shows, with Masterson even offering a bounty of $1,000, but only to be ignored.

Ralph made a reappearance on the 16th of September 2021 to get footage of Chris's trial, which would have taken place on that day. Unfortunately for him, he was informed that the trial was continued to a later date, resulting in an anti-climactic end to an already insufferable two-hour long stream. Even more unfortunate for him is the fact that many courts (if any at all) do not allow recording devices into their chambers, which means that even if he got through with entry, he would have been asked to surrender all of his recording devices at the security checkpoint, which would relegate any content to his word-of-mouth only (barring him illegally recording through a hidden camera, which would land him in a lot of trouble.)

It should also be noted that unlike most Carpetbaggers listed, Ethan goes the extra mile by attempting to sell t-shirts with Chris's likeness on it in his online store, without the latter's knowledge or permission, with no plans whatsoever to even compensate Chris for any sales made. 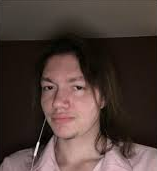 Dylan Winfield, also known as Winfield Winfield is the self-published author of the first book in a planned horror novel series. Dylan seems to have found promoting his book by spamming Reddit and Twitter ineffective, so in June 2021 he hit upon the idea of sending a copy each to Chris and Barbara and asking for their reviews. Needless to say, the events of late July and early August would make that difficult, but Dylan continued to promote the idea of reaching out to Chris.

On 6 September 2021, Dylan traveled to Ruckersville, where he took a video at 14 Branchland Court as well as numerous still images [4] in an attempt to promote his book series by piggybacking off Chris's Internet infamy. In addition to committing the crime of trespassing, he can be heard making his agonizingly cringey commentary about the house and its surroundings throughout the video as well as mentioning his book, revealing his true purpose in making the trek to 14BC in the first place. The following day, he uploaded the video and messaged GiBi on twitter. This resulted in his exposure on the Kiwi Farms, and several people calling him out on his carpetbagging attempts, after which he deleted his video within an hour, suggesting he was following the thread. Why, then, he didn't know better is a mystery.