PS3/How the PS3 is Hacked

So, bro, do you think he'll actually remove the mod? He took the easy way out. Can't identify shit.

holy shit! looks like I actually lose the bet after all! and i found the rat who tipped off chris. you're banned, bowlan135.

chris would have never discovered this page if you didn't tip him off because he's a lazy piece of shit.

now i promised to pay you canine. however, would you like to TRIPLE that money?

of course, he only removed a non-essential part of the ps3 and not the bug lol but whatever. i like this game, i won't lose any more money. 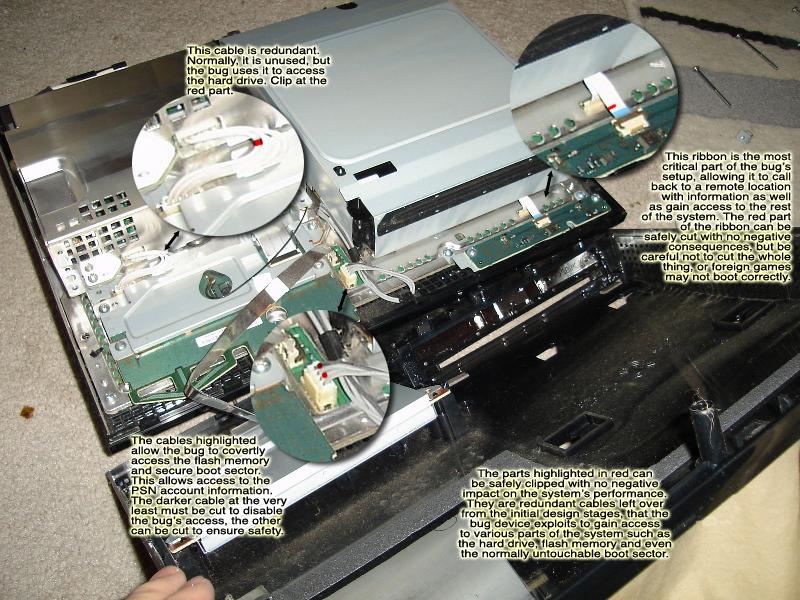 Do you think he'll do this? Well. Do you still wanna take me up?

I figure chris can't figure out how to use wire clippers. or be allowed to handle them. shit, god damn. This really makes me sad. How much shit does Chris rely on his parents for? I mean, I bet he's not even allowed to touch the fuckin stove without being yelled at to not burn the house down Clydec 07:15, 5 May 2010 (UTC)

What do you think the odds are for him to not do anything about the bug? I would have said for any regular person there'd be a 99% chance of them cutting off the bug within a week after finding out about it and how it works. I'd bet that there's also 99% chance Chris won't actually bother with the bug until July 4th and lose his PSN for good.(Drlugae 19:16, 6 May 2010 (UTC)) 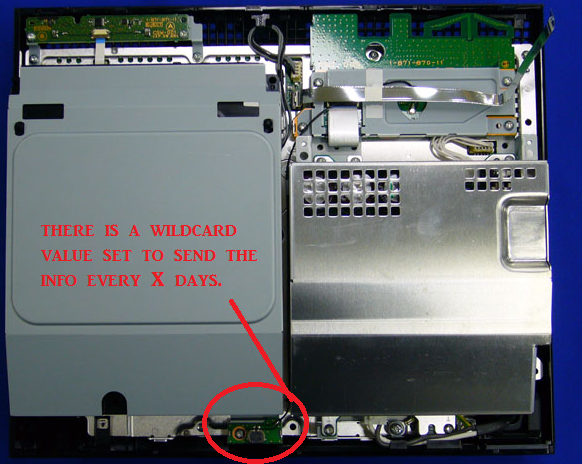 A giant-ass waste of money. Every time I bother to look into it, it sickens me. He's spent over $4k on it.

PretendoZii@yahoo.com, I wonder what this is. I'll hack it on July 4th. Being patriotic and shit. See you guys there!

This mod is really simple to put in. All it took was a security torx wrench to break in. Even if it manages to get disconnected, it can broadcast the remaining information on it. Clydec

how it was hacked in the first place

Simple... People know Clyde Cash... and they know of his awesomeness...