This is a test page

The 1989 Tiananmen Square protests, commonly known in mainland China as the June Fourth Incident (Chinese: 六四事件, liùsì shìjiàn), were student-led demonstrations in Beijing (the capital of the People's Republic of China) for the establishment of basic human and press rights and against the Communist-led Chinese government in mid-1989. More broadly, it refers to the popular national movement inspired by the Beijing protests during that period, sometimes called the '89 Democracy Movement (Chinese: 八九民运, bājiǔ mínyùn). The protests were forcibly suppressed after Chinese Premier Li Peng declared martial law. In what became known as the Tiananmen Square Massacre, troops with assault rifles and tanks fired at the demonstrators trying to block the military's advance towards Tiananmen Square. The number of civilian deaths was internally estimated by the Chinese government to be near or above 10,000.

The CWCki is a great place but is the target of spam bots. Here are some suggestions I have on how to fight spammers:

America's second favorite past time. If you see an obvious spam bot (a user page that reads like a blog with a ton of external links) or spam page (reads like a blog or ad with a ton of external links) then edit the page and put "delete|spambot/spam" with two curly brackets on either side at the at the top of the page. This will nominate the page for deletion.

I'm not sure how much can be done to limit newly registered users but if possible limiting edits, particularly creating new pages, for the first 24 hours may be allow the admins to weed out spam bots as the captcha doesn't seem to stop these bots from making edits. The downside to this is that legitimate new uses will suffer, so this may not be the best.

Employment of bots which use certain criteria to silently tag spam bots may be the most effective combative force against the bots. Targeting new users who post external links on their user page may be an easy way to find these bots but also certain phrases and even names may also be easy giveaways that a user is actually a spam bot.

This may confuse or impede the automated process spammers use to get bots on the wiki. Asking questions such as "What is Chris' medial made of?" or "What happened in China on June 4th?" may allow for legitimate users to create accounts but stop bots.

The CWCki is back up motherfuckers! 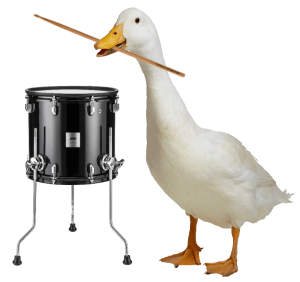