From a friend of mine. Zbrush crashed on him before he got it fully posed and painted, but the result is still amusing. He muffed the eyes and made them both the same color, which we all know not to be the case. He tries to do one of these a day.

Video Games and Chris, but not like you think

This is not about Chris' games, but rather my own. (To clarify, "my own" is used here in the sense of games I'm playing at the moment, not games I made - like the rest of you wish you did for a living. Hee!) This may mark me as some kind of drooling game nerd, but I gladly accept the risk 'cause odds are that some of you weirdboats play these games online too and you will praise my name for the joy I brought to your bleak lives. That's the plan, anyway.

If you don't play any of Valve's recent shooters, don't waste time reading this crap. The items below have been run in Team Fortress 2 and Left 4 Dead 2. They'll probably work in L4D (one) and some of the half-life-s starting with HL2, but no guarantees.

In most Valve multiplayer shooters, a player can leave a "spray," sort of an online graffiti that may or may not animate. It can be one of their stock ones, or something you upload, such as these that I will now cast like pearls before you. Namely, the Chris-Chan collection.

Valve's internal texture format is not decodable by any Web plug-in I know of so I don't have thumbnails. Thumbnails would look wretched anyway, the biggest thing you can have pixel-wise is 256x256, and beyond that it all has to fit into 120k. The Chris-Chan set are all animated and to get more than three frames I had to back it off to 128x128. Framerate is not controllable, it's whatever the Source engine wants to show you so they all animate slowly.

But - heh - some of them do look pretty sweet in-game. If anyone really, really wants I'll drag my ass, moaning and swearing, to the computer and make thumbnails in some displayable format, I suppose, but fer cryinoutloud just d/l the thing if you want to see what they look like. Thumbnails would be guaranteed to be be bigger and take longer to download than the real thing, guaranteed.

* Manboobs and muscle bra bouncing, demonstrated for our pleasure and enlightenment.

* Chris savagely punching Clyde Cash in the face (Mr. Cash was not available, so Chris handles both roles.)

* IAN! BRANDON! SOMETHING! Chris jumping up and down in TRUE and HONEST rage.

The download is a .zip of several .vtf files, not a format I can upload to CWCki. So if ya want it, get it here.

In lieu of thumbnails, here's a screenshot of Flying Elephants sprayed on the side of a building in TF2. In real life (or real virtual life or whatever the fuck it is) it's a dangerously festive 8- or 9-frame (I think) animation of him spinning around nude. The other players will be deeply disturbed at the sight, and mutter darkly about you after you deploy it. Their dreams will be unquiet, and they won't quite know why. Horrible, horrible. 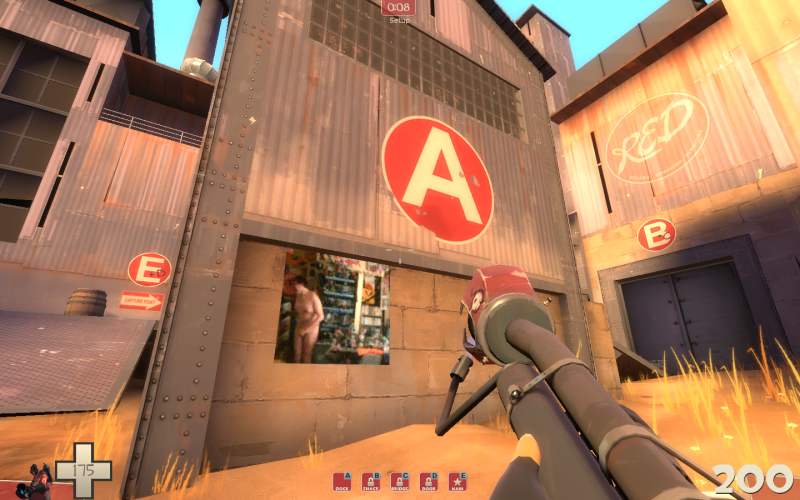 This L4D2 shot depicts Chris demonstrating his prehensile tongue. Unfortunately the zombie apocalypse interfered with his Love Quest, lowering his chances of ever getting said tongue near a woman's genitalia from the current zero down to a purely theoretical number. The crosshairs seen on his face are not part of the spray, you will have to do that with your own weapon if you like the effect. 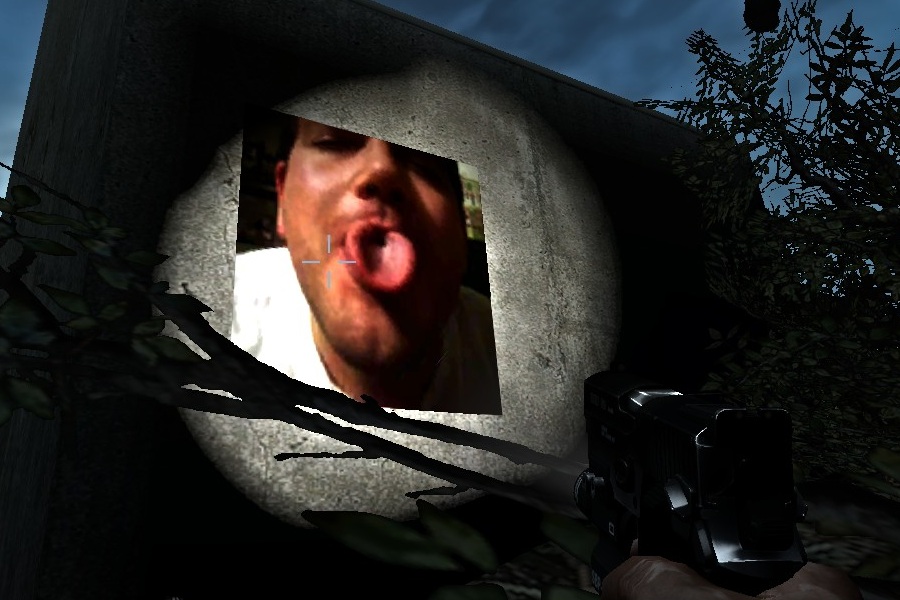 Spring JUUULAY on some unsuspecting n00bz and watch the fun for a bit before you put them out of their misery. Good for plenty laffs.

They should work in several Source-engined Valve games, but like I said they only games I've tried them in are Left 4 Dead 2 and Team Fortress 2 (which are what you're playing anyway, nerdbug - admit it). Source images available on request so you can save 'em out yourself if these don't work in your game.

There is basically no fucking way I would ever be caught a) at an anime convention, b) in Ohio, or c) at an anime convention in Ohio. Nonetheless, one of my online correspondents can apparently be found at both, presumably after closing time at the glory hole. He took this pic (I am not making this up) at Oyahocon '09. 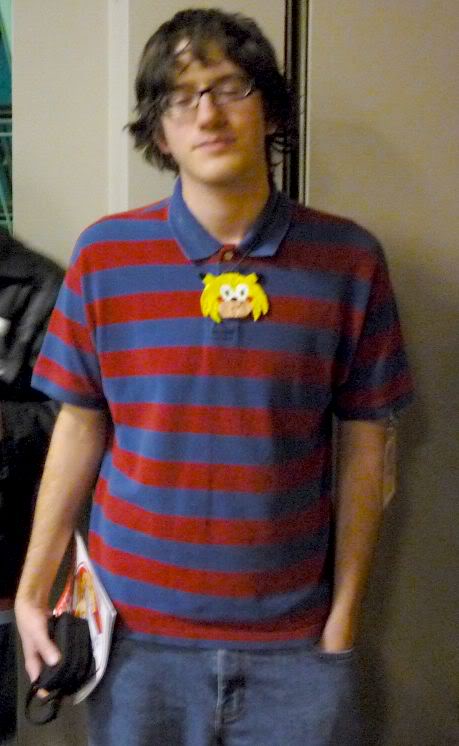 Being anywhere this sort of thing happens is proof that Life On The Edge™ must be possible in Ohio despite all evidence to the contrary. THE CORN IS ON FIRE