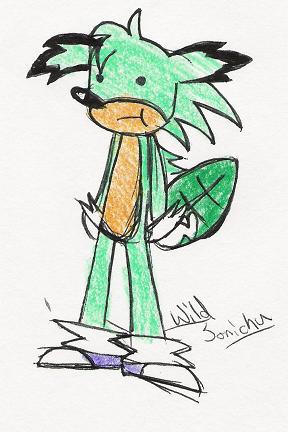 Hi! I'm Wild Sonichu! I seemed to have forgotten my password on my old account, so I made a new one cause I'm a newfag. I run the website CWCVille Chronicles, a website portraying the deep and darker side of CWCVille.

I am also writing a parody on The Tragedy of MacBeth called The Tragedy of Chris-Chan. In it, three trolls tell Chris-Chan he is meant to be the TRUE and HONEST mayor of CWCVille and Chrissy plots the murder of current mayor Billy Mays! CWCVille falls in tyranny when Chris-Chan takes the chair and turns CWCVille into a twisted corrupt place filled with racism, slavery, and gay-hatred. Now, Vivian, the original heir of the mayor's office when Billy Mays passed away, must save the city from the manchild with the help of the sonicfag recolors known as the Chaotic Combo! It'll be on the website soon. :D

Personal Goals For CWCiki Since I Have Spare Time