Difference between revisions of "COVID-19"

COVID-19 (coronavirus disease 2019') officially named as SARS-CoV-2 is a fast-spreading disease responsible for the biggest pandemic of the 21st century. It has prompted governments to encourage social distancing practices such as staying six feet (2 metres) apart, wearing masks when going out, and only keeping essential services open – which to the dismay of Chris, doesn't include conventions.

Relation to the Dimensional Merge

Chris has claimed that this pandemic is a part of the merge used for evening out the population on both sides of the dimensional curtain before the merge.
This disease had also made its way to CWCville in C-197 but was somehow cured by mid April 2020.

Due to it being declared a global pandemic, multiple rules came into effect, such as staying 6 feet apart from other humans, always wearing a mask, continuously washing hands with soaps or alchol based hand sanitizer and shutting down of all non-essential services. Though the definition of essential was very vague in the USA, conventions were labelled non-essential and were not allowed to open. This stressed our autistic hero as he could no longer go the places that had (somewhat) accepted him.
Chris couldn't deal with this and as a coping mechanism declared that Sonichu has now taken over his body and he is now in CWCville to attend BABScon.

Chris being a generous philanthrophist decided that he will be buying all the garbage that other bronies and pegasisters would have had for sale if the conventions were held. 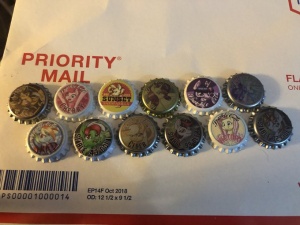 More garbage to fill up his home.

He used all the money he had plus the money from sales of his cards and comics to "support" bronycon artists. When people called him out for this, he said the cancellation of bronycon left these people with no source of income and that he was a helpful person Sonichu for buying their trinkets and comics.