Welcome to my user page!

I am Superspongebobbros: connoisseur of garbage (which is one reason I started following Chris in the first place), Sonichu lore specialist, and master of pointless trivia. I make edits, but then again, a lot of people here make edits so it's not very surprising.

Things I have done

Things I plan to do/Things I am working on

My history with Chris-Chan

When you cover yourself in oil but can't fly.

I can't remember what was the first time I heard of Chris-Chan or Sonichu, but I was at least aware of Sonichu by 2016. However, in 2018 this would change. First, I was exposed to the world of Chris at large from the Know Your Meme page on Chris some time around 2018 (the most recent thing they have on that article is Chris's Patreon announcement, and in fact it would only be until I saw a picture of a tweet by Chris about Ted Bundy in January 2019 that I learned about Chris's entanglement with the Idea Guys). Later, I watched Fredrick Knudsen's video on Chris, and even visited the Encyclopedia Dramatica page on Chris. Later on, by early 2019 I had a concept for a series of "repaints" of various 3D Sonic games with Sonichu replacing Sonic and Chris replacing Dr. Eggman, among other things (they never went anywhere). Eventually, I discovered the CWCki, and I never looked back since. I lurked on the site until 22 July 2020, when the CWCki performed its regular "open account creation to everyone for a brief moment." In the midst of all the spambots, I was one of the few TRUE and HONEST people who managed to create an account.

There are multiple reasons why I am so fascinated with Chris and the Sonichu comic. The primary reason is because I feel that Sonichu embodies the zeitgeist of internet fandom culture during the 2000s. This was a period of time where there were little expectations for the quality of anything uploaded to the world wide web- people could create almost anything they wanted. Nowadays, there are a set of standards that people expect content to reach, with anything that doesn't meet someone's expectations being seen as bad or cringey. And while I can't deny that the increase in expectation is a good thing, I feel like the days of fan content made by inexperienced people are long gone. Another reason why Sonichu is so interesting to me is because it is not only unprofessional to a fault, but it is so entwined with its author. Throughout the 15 years Sonichu has existed, it has proudly displayed the author's, his desires, his conflicts, his prejudices, his worldview, and his dreams. Simply put, Sonichu is not "a work made by Christian Weston Chandler," Sonichu is Christian Weston Chandler.

Stuff I did related to Chris and observations I made

My Questions for Chris

These are questions I have for Chris. Every now and then I'll post on on the CWC Questions Depository page in the hopes that Chris will answer it. Questions in bold are ones that I have posted to the page and are pending Chris's answer. 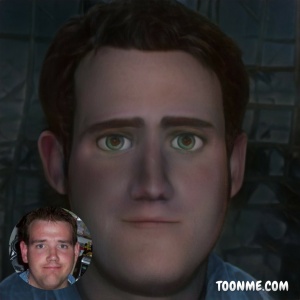 This will happen one day, just wait.

Sandbox for rewriting articles about Sonichu.

Sandbox for rewriting other articles.

A summary of the events of Chris's Sonic Boom Protests

Quote of the Day