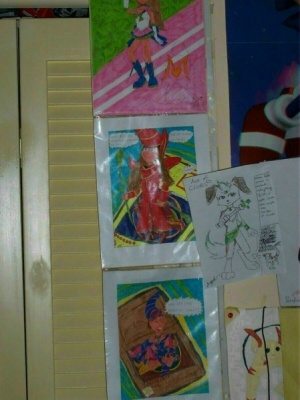 The character design for Patti-Chan was originally drawn up by Meghan. May want to make a little note about that...--Robotnik 11:29, 3 April 2009 (CEST)

There is a torrent that floats around which contains nearly everything Chris. I think it is "Chris-chan vol 12.torrent". No one seeds it anymore though. I breezed through the torrent contents and can say most of the pictures in it have been uploaded to the cwcki but really, you can never be sure. I could never find a seeder. Here is the file http://www.mediafire.com/?x8qxajd7ywvw4k7 Look through the files, good luck finding a seeder. --Skullhat 09:46, 20 December 2012 (PST)