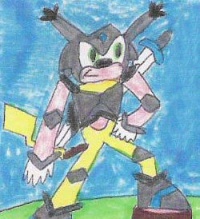 Today in Christory, In 2004, Chris started working on what would later be known as the "Classic Sonichu strips". It's the first time he would draw Sonichu in comic-form.

Today was also the day, in 2009, that Chris held a fan chat with several of the Sonichu Girls.

These usage notes will not be included in articles bearing this template.