It's not that cold 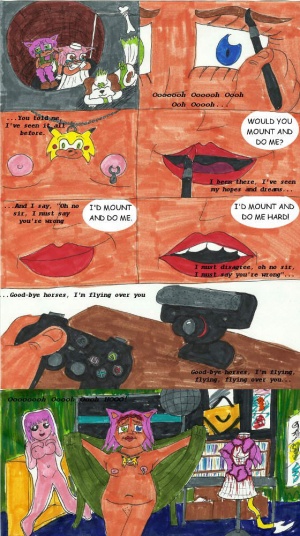 Reality was much more horrifying.

It's not that cold, also known as 101 2464, is a bizarre, surreal video Chris uploaded on 9 August 2011. In it, Chris is directly outside of his house, dressed in a red muscle bra and an ill-fitting miniskirt. Chris "digs up" Patti (possibly as a reference to the ween idea that someone should hire some hookers to go to Chris's house to dig up his dead dog), wears her fur as a coat, and poorly hums the song "Goodbye Horses" by Q Lazzarus while making references to The Silence of the Lambs (fitting, considering the extent to which Tomgirl Chris resembles Jame "Buffalo Bill" Gumb). However, it's far more likely that he's simply imitating a scene that parodies it from the Family Guy episode "Stew-Roids", where Chris Griffin is exposed on film doing the exact same thing... Although he quotes the movie and not its parody.

What exactly prompted Chris to make this video remains unknown to this day, although it is likely the product of some kind of troll manipulation.

Thankfully, Chris isn't nearly intelligent enough to get away with murder.

[Chris walks into frame and crosses his arms over his chest. He shakes his head]

[Chris begins to mime digging a hole. As he starts humming, he then puts on the Safety Parka and wraps fur around his neck, holding it in place]

There we are! All nice and snuggley warm...and cozy. Thank you Patti! Now we are togedder, forever.

[continues humming, and shows his ass to the camera, pulling up his skirt]

[Chris pats his ass, continues humming and begins to dance around like Buffalo Bill before sauntering over to the camera]