Calling Out "Alec Benson Leary" - Christopher is a video uploaded by Chris on 9 August 2011, and the fourth video in the Calling Out series. Uploaded three days after his last video, Chris posted a fourth, calling out Alec Benson Leary. He's dropped the request for money and billboards, but now demands that Alec, Tito and Thorg leave the Internet. He later delivers tirade concerning the GAMe PLACe and its owner, which culminates in accusing Michael Snyder of being an incestuous child molester. Chris's poor speaking skills are quite prevalent in this video, as he repeats the words "essentially" and "associated" numerous times. He also manages to repeat the ever-classic "My mommy- my family" line from one of his videos for Ivy.

Hello, again, once again. I am here to make another troll esspose as I have found anudder one amongst the bunch... the bunches! The one called Alec Benson Learec- Leary is not who he appears to be, and certainly is NOT an original creator of Asperchu. In fact, he is not even AsPERGIAN! He does not have Aspergers, and he’s another fatty fat fat fat fat... fat. Aaand just le—and I do NOT have a script. I have notes.

I have notes and I form my own script. Anyway, he also has ties with the, uh, Game and Hobby place of which he makes donaations, of wid- which I have another esspose about the Game Place. First, here is his closeup. 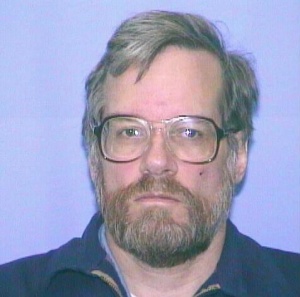 [Turns camera towards his television, showing part of a man's face.]

Now let’s talk... oh yeah, his real name is Christopher. So, Cha-ris, let’s talk business now. What I would like from you… is essentially a live video apology for all the wrongs you have done to me over the innernet including the copyright infringement on my Sonichu with your CHEAP, poor excuse for a 9-year-old... Asperchu, you immature jerk! And then, I want you to leave the internet for good, and leave me and my mom—and my family... and friends at peace.

Also, on that note, I wish to make a correction to my demands with Don and Jeremy. Essentially I have lear- Essentially I have learned from my esteemed colleague associates that apparently it is extortion to request mucho dinero, plus the billboard is no longer in effect. So therefore, I essentially still want Don to come forward with his video to Sony and to me publicly apologizing and everything, and the same goes to Jeremy. Public video apology, and both of y’all have to leave the internet for good, and leave me and my family and friends at peace.

Anyway, going back to, uh, Christopher… by the way, I know you’re in Texas. You’re in Texas, you fatty fat fat! He has been donating to the troll cause and such over at The PLACE! The game and hobby place of which we are fully aware of and have grown to love and such, but there is more to THE PLACE, and its three associated stores located only within Virginia, and I know from cold hard facts... including facts from a Hook article back in August of 2002, that... the four stores, their owner, a one Mr. Robert Lightburn... is... a child molester, and convicted sex offender in Illinois.

And think about this! The place in Charlottesville is located right across from a school, and it is owned by a child molester! Parents! Children! Associated families! I don’t think you would want anyone who is a minor, or even under the age of ten to go into such a place that is owned by a child molester, and I am sure that in association, even though he is married, Michael Snyder has his own child molestation skeleton in his closet! He probably even molested his own daughter for all I know! I do not have concrete facts, so therefore that is just theory until I am corrected. But the point is the place is owned by a child molester, and nobody should ever, ever go into that place again… and it should be closed down for good! And that’s all I have for this video right now. Stay tuned for another Trroll ess-especial twirl esspose.