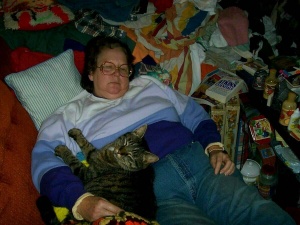 Obesity is perceived to be a worldwide epidemic, especially in the United States of America, with about 73.6% of adults overweight and 42.5% obese.[3] While Chris is no longer technically in the latter category, he spent a good chunk of his adult life in it, and he remains overweight to this day.

Chris believes that standing up without moving is a legitimate form of exercise, and as such considers playing Guitar Hero a workout. During one of his PSN chats with Julie, when asked to exercise more, he replied, "I'll stand up more". It is not known how Chris came to believe that standing up is exercise, but it is most likely that Chris is simply extremely lazy and will lie to say that he works out every day, even though he just plays video games. It's possible he's picked it up from health tips that say standing burns more calories than sitting down,[4][5] but rather than use such tips to get the most out of an already busy lifestyle, he substitutes it for actual exercise altogether. It's also entirely possible he's in such terrible shape that the simple act of standing tires him as much as an actual workout would tire a normal human being.

In his letter to radiorabbit0, he mentioned playing basketball to pass the time while awaiting court hearings. 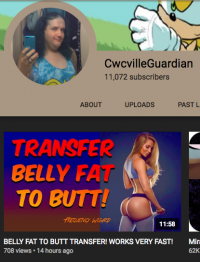 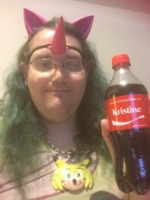 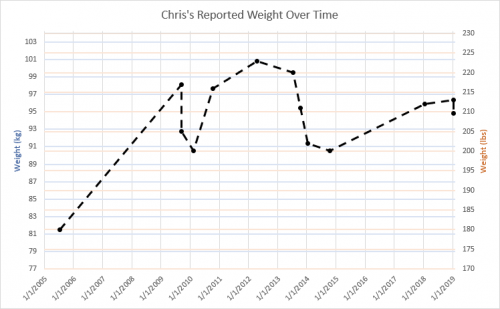 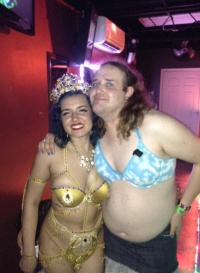 Modern measurement of whether someone is overweight or obese generally employs the BMI system, which creates an index based on the height and weight of an individual. This system is by no means perfect; the readings tend to be inaccurately high for people who are exceptionally tall, have heavily set bodies or are very muscular, because these people have more bone or muscle weight than others. However, it is a very accurate system when applied to people of average height, bone structure and muscle build – which Chris is. Additionally, the distinction between overweightness and obesity is arbitrary, with different countries using different standards. For our purposes, a BMI of 25 and above is overweight, and a BMI of 30 and above is obese, which is the standard most widely used in the United States. If Chris were a Japanese citizen, he'd be obese with even a BMI of 25.

For the sake of simplicity, the BMI data listed below is based on a height of 5′ 10″.

Obviously, all this has an adverse effect on Chris' health. Morbidly obese people are far more likely to develop diabetes, heart disease, and a number of other ailments. While it is admittedly possible to be fat and fit, and an obese person can be very healthy in other regards (even living a long life), Chris' lifestyle, combined with ample evidence of his lack of physical prowess, means that this does not apply to him. 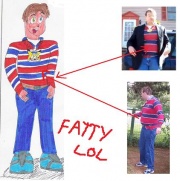 Chris has generally been in denial about his weight. When a white knight once told him that he needed to lose some weight if he ever wanted to get a girlfriend, Chris responded by freaking out and exclaiming that he wasn't overweight.[27] In IRC, Chris has been known to become very defensive about his weight, always making claims that he works out, when in fact he just stands up while playing Guitar Hero. Chris's reaction to being called fat is precisely the same as his reaction to being called gay. Unfortunately for Chris, there isn't a poster that will help him lose weight. He simply screams that he isn't fat, then oftentimes lies, and calls the person accusing him fat. He exhibited this behavior during an email with Evan,[28] during his phone call with Kacey's father, and especially in his conversation with Kacey and Liquid Chris, where insults about his weight triggered a screaming rage.

There is also convincing evidence that Chris has difficulty recognizing the human figure — faces in particular. His consistent representation of himself as slender and athletic may be attributable to his having formed his self-image during high school, when he would spend hours studying his then-scrawnier self in the mirror, memorizing his looks. However, this is unlikely as Chris has never "spent hours studying" anything.[29]

Chris passed a kidney stone on July 9, 2017. According to the Mayo Clinic,[30] some causes of kidney stones include dehydration, certain diets that are rich in protein, sodium, and sugar, and being obese, which makes sense, seeing as Chris is fat, eats a lot of fast food, which is rich in sodium and sugar, and he commonly drinks soda over water, which unlike water, doesn't do well for hydration. 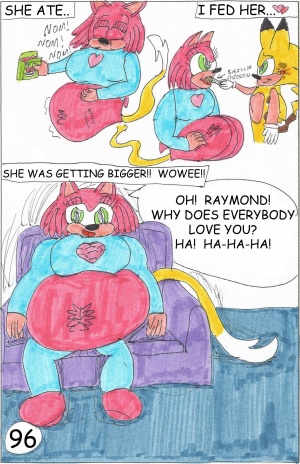 Obesity in the Sonichu comic is largely limited to villains like Robotnik or the Jerkhief and comic relief like Sammy, but Sonichu #12 contains a bizarre sequence in which Rosechu and Cera balloon up before later losing 200 pounds in two weeks. This was done to appeal to Jessica Quinn, who had a fat fetish.[31][32]