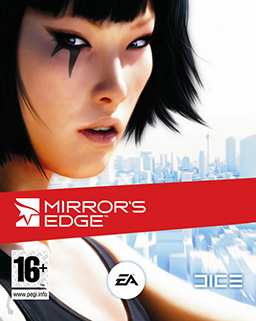 The truth about the video title. 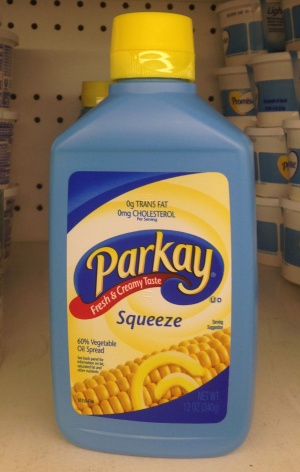 Chris wishes he were eating this instead.

"Sonichu's Edge" (officially "Sonichu's Edge.MP4") is a video uploaded on 3 December 2009, in which Chris goes "jogging". The title is a not-too-subtle parody of the 3D platformer Mirror's Edge.

Based on the accompanying Captain's Log, he made this to show that he is "pumped up for pushing Sonichu out into merchandise." This video proves that Chris has no idea what "jogging" is. He is sprinting (for him) in this video, obviously missing the point that jogging is a slow, easy run. Chris inserts many obvious jump cuts (at 1:30, 1:58, 2:25, 3:00, 3:22 and 3:42) where he's run out of breath and needs a break due to how out of shape he is.

Chris calls his running "parkay", confusing the acrobatic sport parkour with a brand of squeezable margarine, as well as "light jogging" with "parkour" in general.

One can only imagine what the citizens of Charlottesville must have thought as a fat, sweaty slow-in-the-mind went puffing by at a little-over-walking pace with a camera dangling from his obese neck.

An e-mail in Mailbag 16 pointed out that Chris ran about 579 yards (529 meters), or about a third of a mile, in 3 and a half minutes, at a very stilted jogging pace of 2.8 m/s (6 mph / 10 km/h), nowhere near the 5 miles (8 km) or 30 minutes he claimed it would be in his call with Kacey's Father. Chris seems unable to estimate measurements of length and time.

Chris later declined to record another running video, blaming the battery in his camera.

[brandishes Amnyfest Ring] Hello there, fans! It's Christian Chandler here, live at the downtown mall, where for the Sonichu franchise and city of CWCville, and everything like that, I'm gonna do a parkay from this point [camera spins around to show some sidewalks] all the way down to the gara--parking garage [camera spins back to Chris] where, at the end, we will get a nice view of the tent-style theater that's down there where events are held. And for this viewing, the camera will be hung around my neck right about here. [gestures to the Sonichu medallion] To get--see what I see from that point of view. And, also, uh, there may be one or two pauses where I have to catch my--my breath. Of course that's what you expect, even from the best runner.

[Jump cut. Camera is now apparently hanging around Chris's neck. Chris's hand comes into frame for a second for him to flash the Amnyfest Ring.]

1:21-1:30 Chris enters a populated area. Though the jerky camera makes it difficult to see, several people seem to stop and stare at him. At 1:28, Chris's heavy breathing becomes audible.

1:31-1:44 First jump cut. For those keeping score, Chris stops to rest after forty-eight seconds of jogging. He continues through the shopping center, his hands occasionally coming into frame.

1:59-2:15 Second jump cut. Chris runs past a happy couple, and then runs down some stairs.

2:16-2:25 Chris passes by a large Christmas tree. Around 2:20, his movement begins to slow down considerably.

2:34-2:41 Relaxing guitar music fades in and out as Chris passes a group of buskers playing "House of the Rising Sun".

3:22-3:32 Fifth jump cut. Chris is now inside a building. He trudges up some stairs, clearly walking.

3:33-3:42 Chris passes someone going in the opposite direction. He continues upwards.

3:51-4:10 Chris is now on the top level of a parking structure. He runs across the parking area. Around 4:05 his breathing becomes very heavy. At 4:10, he reaches his destination. The camera shows the Ting Pavilion concert venue on the ground, far below.

See? Amphitheater. [Camera spins around back to Chris, who flashes the peace sign] Thank you for your continued support!