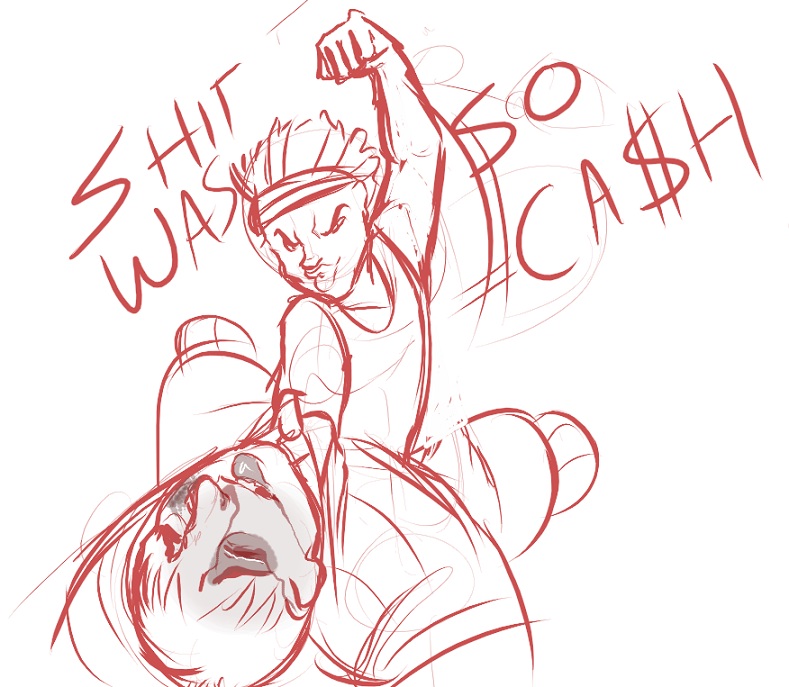 What would really happen.

"Challenge for Clyde" (originally "10112009") is a video in which Chris calls out Gregg Mays/Clyde Cash. He makes mention of friends several times in this video, which is odd because Chris has none. We also see more of Chris's fumbling attempts at martial arts, first seen in ACWCAudition. Throughout, he sounds oddly like Frankenstein's Monster (or at least, more so than usual). He also regularly stares off-screen, almost as though he's reading something.

This video features a cameo appearance by a minor relic, Chris's yearbook from High School, which would later be found in the class reunion video.

Chris's rage in it's TRUE and HONEST form

THAT ONE'S ON THE HOUSE

Greeegg... Gregg Mays. Clyde Cash. Whatever the hell your real name is.

You need to stop. Torturing. My FRIENDS. Over the internet. And everywhere. I am your target. You want to face me. Co- I know, you do. You come to me. I will fight you. I will crush you! You, you son of a bitch. I would beat you up mercilessly. What you have done to me and my friends. Every last one of them! Rrrruggh. I am strong, man. You do not want to mess with me. But you should come out and face me like a man, instead of hiding behind your goddamn. Mother's. Skirt. You are just a coward, just like every last damn stupid troll on the internet. I'm calling you out, Gregg Mays/Clyde Cash! I'm calling you out! You know where I live! You come right on over... and I will s- and we can settle this man to man. RARH!

You wanna see how hard I would punch ya? [picks up High School yearbook] This is a good heavy book! [throws book] I will punch you so hard [bends over, picks up book again] And I would even let you give me a few punches! [punches self stupidly] That one's on the house. [punches self again] [punches self in stomach] You wanna- come on? You wanna face me? Come on! Face me man! You face me! You face me right now, you son of a bitch! You face me! [does some poorly executed "fighting moves", including hitting himself twice in the face again, and roars] Come on, you son of a bitch! I'm challenging you! You come face me right now! You come face me, you damn son of a bitch! [holds index finger up to camera, calms down]