Clyde's Buddy Matt Getting SUPER-LAID!!! is another video posted by Chris in his attempt to blackmail Gregg Mays into revealing his identity. It was uploaded on 28 October 2009, one day after ClydeGoingOnGregg1.

Though it's unknown why his latest picture involves two girls making out, with one of them having a Spider-Man head shopped on, it is likely that the picture of the two women may be acting as a cover for a larger, far more exciting picture underneath involving Spider-Man. Now isn't that exciting?

[A picture of two presumably drunk, partially undressed girls making out is held up to the camera. Spider-Man's head has been pasted on top of the one on the bottom. The photo is captioned "Hope your weekend is as cool as this".]

Alright, viewers at home, we are viewing the second piece of the puzzle, or should I say, the photograph. Mr. Clyde is doing something to do with his buddy, Matt... who is really getting SUPER LAID HERE! Ah ha ha ha ha ha! Ahh. Another 24 hours before the next piece of the photograph is revealed, stay tuned. 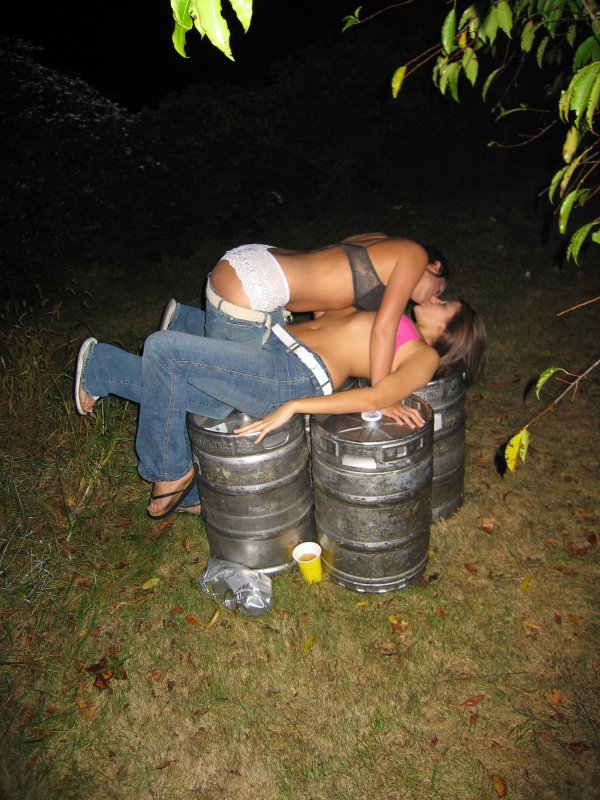 Even this can be ruined... 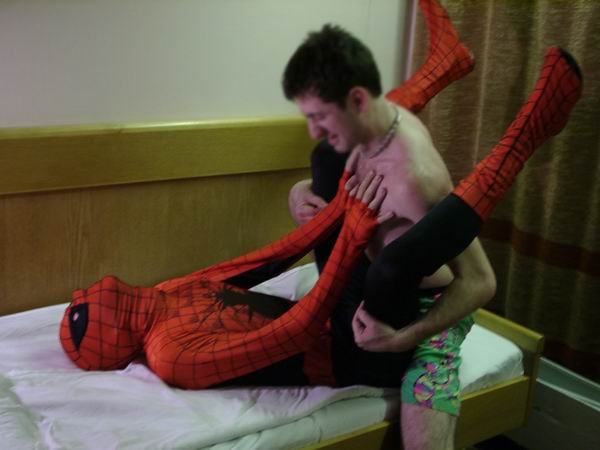 ...with a little hint of this.

The picture isn't even original in any means. Chris took a well-known picture from the website CollegeHumor and crudely PhotoDeluxed some homo Spider-Man's head onto it. Welp.