100_2189.MOV is a video uploaded on 31 May 2010. Chris addresses his fanbase to inform them that although he has abandoned the CWCipedia, he still maintains the rights to Sonichu, and that the Sonichu comics currently appearing there are not "official." He tells the trolls that they will have to work to draw him back onto the internet, even though it only took four days for him to return after his previous rant about sticking with the real world. This time, however, he managed to stay off for a massive total of six!

Chris appears to be suffering from a head cold or allergies. His voice sounds even weirder than usual and he pauses a number of times to sniffle and wipe his nose.

This video was recorded in his kitchen, as evidenced by the year-round Christmas tree and other haphazardly piled garbage visible in the background.

["Fallin' for You" by Colbie Caillat plays in the background, most likely coming from a radio.]

I make, I am making this video to state a point. Firstly, I do not disown Sonichu, or any of the rights. So therefore the current use of it on what was the CWCipedia by Alec Benson Leary [rubs nose in armpit] and Vivian Gee is not official. I still maintain all rights to Sonichu. They do not. And the misunderstanding of the Sonichu rights being transferred to the CWCipedia is false! It's just, I gave the CWCipedia... [scratches the back of his neck] permission to display my work. I allowed that. But now that I have given up the CWCipedia, since I took, since I relinquished the CWCipedia, I took back all Sonichu rights with that. So therefore, I'm still the main owner of Sonichu. I have the copyright papers. So there!

[Chris puts his glasses back on.]

And trolls, you're not gonna get...

...you're not gonna get me to go back online so easily! You scared me off of the internet. So there! You can go find somebody else online to pick on. [sniffles] You think I'm gonna come back? No. You'll have to wait, you have a loooooong wait before you hear from me again. Or ever being able to lure me back. So there! [rubs nose in armpit again] You can quit pestering my friends, as well, to try to convince me to go back, because... They're for me of staying off of the internet. So... there. Have a good day. 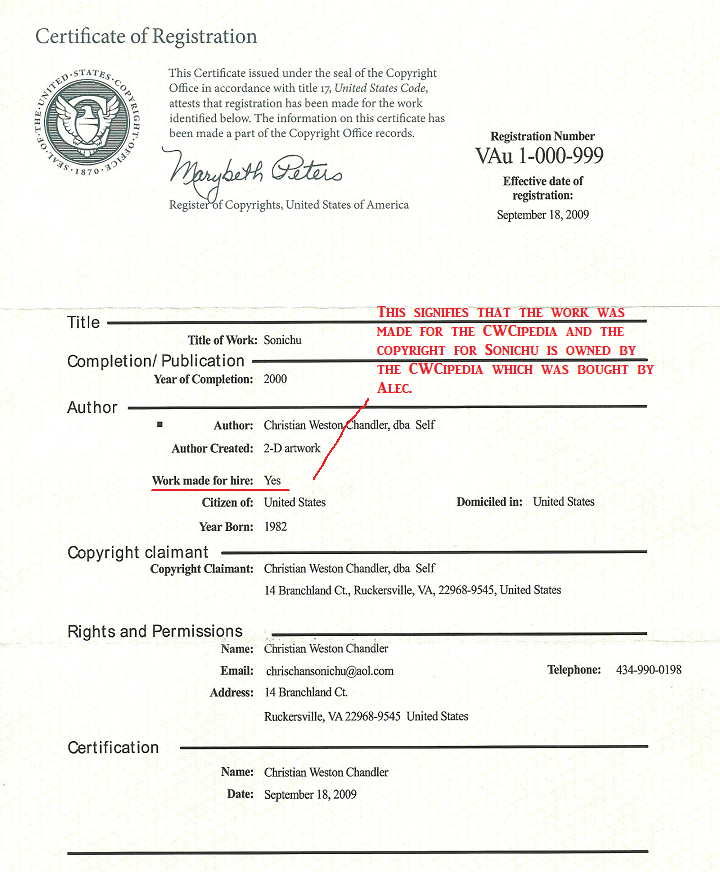