On 28 April 2009, Chris posted two YouTube videos titled "ECV 00095" and "ECV 00096". In the first video he addresses the 16 April release of video and pictures showing him drinking his own semen, wearing adult diapers, and spanking himself. In addition, he admits that he frequently shits his pants.

Chris was apparently motivated to make "ECV 00095" when he was told that a little girl named Ching Chong saw the aforementioned sex acts on Encyclopedia Dramatica.

Within an hour of posting "ECV 00095", Chris followed up with "ECV 00096". Chris spends much of the second video defensively insisting that Ivy is a real person, that they are going to lose their virginity together, "and it's going to be awesome."

On 5 May 2009, "ECV 00095" was linked on Fark, Reddit and other popular sites, dramatically increasing the number of people who have seen Chris on the Internet. The video was discussed on several radio shows, including the nationally syndicated Sirius XM Radio show Opie and Anthony, as well as the Kevin and Bean Show.

Uhh. It has come to my attention that, uh, certain videooos of the, uh, naughty nature have been disco-, have been leaked to the trolls and they have been added to the ED page, and I want to talk a little bit about, uh, the subject matter of those three videos.

You know that, uh, first off, uh, the one...with the navy being drunk. Yeah. Som-, yeah. A, b-, a, i-, a, it's a good idea somet-, uhhh...it's a, it's a good idea. But, uh, you know, you don't have to do it if you don't like it, but, uh...I recycle my own semen, because, uh, you know, yes I do masturbate. I'm not ashamed to admit it, as a lot of guys, I'm sure, have done the same thing in their time. Anyway, uh, basically I, yeah, into the cup and, yeah, I recycle it. So that that way I won't lose any, uh, unborn children. So then I can, then I can also still have a good number of, a good semen count. Keep maintain that by recycling it. And depending on the taste of it, uh, to the original owners...of the, their respective semen, uh, it's a good idea to recycle, but if, uh, you don-, if you don-, if you feel uncomfortable, uh, doing it or it tastes bad to you, then, uh, then you don't have to do it.

Anyway, the, anyway, af-, from after that the, uh, second topic, the, uh, one where I spanked myself. Yeah, I just, uh, I was doin' that for fun, because, you know, sometimes I do my random, silly, crazy things, and, uh...[sighs] sometimes adults feel pleasure from pain, even when they, uh, do it to themselves. But I mean, I'm n-, I mean, n-, I mean, not to a point where they kill themselves, but I mean, uh, just, like, you know, spanking is a generally a pop-, generally a popular type, uh, thing amongst adults. Hm. But anyway, it's a, it's a fetish for some people, and I just randomly felt like doing that.

And then the, uh, third topic which was the uh, the uh, the photographs of, uh, me in a...dult diapers. Uhhhh, yes, I did, uh, get a free sampling of diapers from a troll, but, regalry—legularly I, uh, do not use them, but I just felt like trying a pair on. And it was okay. Not, not a big deal. It's just, uh...but, y'know, I wouldn't, I would not wear them on a daily basis. I wear briefs. I wear regular briefs. And sometimes I do, uh, I get very stressed out from, uh, people who yell at me or, uh, misunderstand me or talk bad about me. And, and, between that and other real-life stresses, uh, it just pen-, it just builds up and sometimes, uh, it just, I just have to, it just comes out, and I sometimes accidentally, uh...poo my pants. But I mean, who hasn't in their lifetime, I mean, pooed their childhood diapers, much less pooed their...underwear at least once in their lifetime? I mean, we're only human. Nothing to be ashamed of. And to those who find it amusing, uh, I respectfully disagree with their opinions. 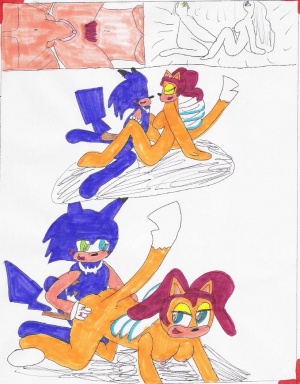 GUESS WHAT CHRIS-CHAN'S FETISH IS NOW?!

I just want to continue to make it perfectly clear that I am a healthy, growing, sane, and sound-minded, uh, adult individual.

And I should continue to be treated and respected as an equal among the human population just as anybody else. Private matters are private matters.

But, uh, also, I, in reality I actually did those, uh, videos and pictures as a favor to, uh, an individ-, as a favor to a, to an anon-, to an anomynous female individual who just wanted to get her kicks off of it. But you know, a lot of women, they, uh, tend to get their kicks off of kinky things as such. An adult fetish, nothing to be ashamed of. I mean, everybody's got at least one, I'm sure. I have some. I'm not exactly sure how exactly to describe them, but yes, I have some, and I'm not afraid to admit it.

Thank you very much for your time and, uh, have a pleasant day. Peace. 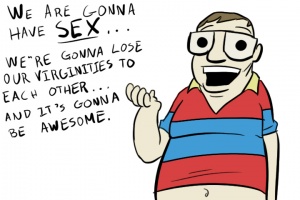 By "awesome" he means "a mentally scarring experience"

This is a video that goes in addition to the one I have recently posted.

The anonymous person of mine was, uh, that I did the videos for originally...yeah, yeah. It was for Ivy. I was trying to respect her decision of, uh, not revealing her name, but, uh, it didn't work out so she agreed, so, she asked me to, uh, just go ahead and let y'all know about that.

And, just so you know, the, uh, previous video was also dedicated to a little girl, who accidentally found the ED page. Her name was Ching Chong.

Ivy is real! We are going to be together! Foreverrr! 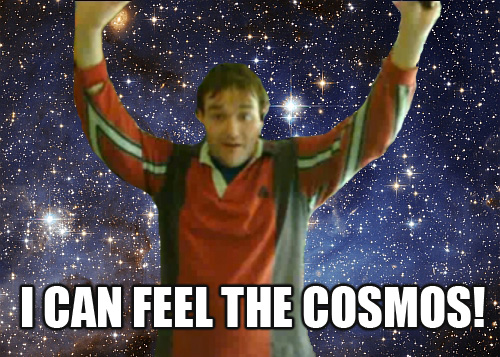