CWC's Second Message (a.k.a. Madman Rising) is the video that introduced the internet to the world of Chris. It was posted to YouTube on 3 August 2008.

After months of trying to either ignore or edit his Encyclopedia Dramatica page, Chris explodes with fury. He blames ED for causing his fallout with Megan Schroeder, although anyone with a brain could tell that it was his fault for drawing pornography involving her and sharing it to the world. Ironically, in trying to blame ED for the demise of his friendship with her, Chris unwittingly subjects Megan to further public humiliation by revealing that she is the subject of the pornographic drawing in question, rather than Chris's fictional sister Crystal, who most trolls had until this point believed to be the woman in the drawing. Chris also begins threatening to withhold the release of Sonichu #7 and all further comics unless the ED page is removed. Naturally, trolls were terrified that they would never see the conclusion to the absorbing story that Chris had created, and rushed to meet his demands.

This is a beloved classic in the CWChronology, and it was in this video that Chris unintentionally coined the term "pedofork". It is also one of the most prominent examples of Chris's use of the CWC-isms 'Dykes' and 'China' to refer to his alleged heterosexuality.

Throughout the video there are several noticeable skips and jump cuts; it's unclear whether these are a result of technical issues, or whether Chris edited down the video from something longer.

Citizens of the Internet: I present an open message to each and every one of you.

Y'all should know me by now, but, if you don't, I am Christian Weston Chandler, the original creator of Sonichu, the Electric Hedgehog Pokémon, back on March 17th, 2000. Any dates earlier are void. I present this open message because...I have a whole bunch of people on the Internet [removes glasses dramatically] give me hate...show me a lot of hate...and I do not appreciate it. Ticks me off.

You think you can just...hate me just to get a laugh out of yourself. Think about it. You're laughing at somebody else's pain and torture, because I am lonesome, still trying to find a boyfriend-free girl and to make into a sweetheart. Y'all think I'm just a sap, a chump, dumbass, whatever you may think. But you know what? You. You! Every last one of you, who has shispressed hate against me? You're the shitheads! 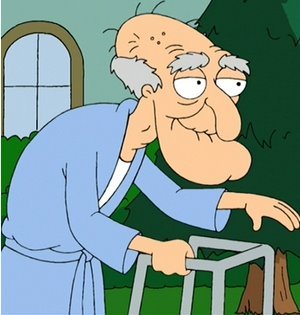 Chris at age 70, if his cholesterol would allow him to live that long

I could--I could take the whole time to express so much anger and frustration. I'm only nearsighted; I do wear glasses. [replaces glasses on face] Take it or leave it, losers! [removes glasses dramatically, again] It m--it helps me see better...see more detail...and more clear vision than any of you knuckleheads can put together...out of your own ego that you so richly...[begins awkwardly tapping PS3 controller] consume of.

But...on a more serious note: learning recently of the false--or real--literature, with downloaded...copies of my comic pages and whatnot. It has been either distributed or created without my consent or approval. So...it is a fake...and if it ever is published, or if it ever shows profit, let it weigh on your consciousness throughout your eternal life...that you are torturing and--worse off--tearing the heart, and soul, and emotions of the innocent man. The out--the innocent--still 26-year-old [slams arms down on chair’s arms] virgin. Not only that, but I have so many lonely nights and stress...that you can not just imagine it!

Now, as for the other serious note: of any new stuff officially made by me, under my own...hands...not by anybody else's, which are considered false. I just have not been feeling the inspiration to draw! To color! Because the loneliness...I cannot stand that. The hatred I'm getting from every last one of you who has contributed to that Encyclopedia Dramatica webpage...and every other forum, internet document, lewdly-drawn pictures with...dicks. I love dykes! DYKES! CHINA! [jump cut] I'm straight! If I ever--if I see a dick, I just look away, with a moment of being freaked out! [makes arm gesture for “safe!”]

"She has come for me"

And e-mailing me pictures is not gonna get any of you any further conclusion to "Will Crystal get out of the mirror?", "Will the 7 Sonichu Balls be collected?", "Will I ever find my sweetheart?" And am I--am I or Megan Schroeder still an item--" which by the way, she broke up with me so much long ti--so much long ago because...the contributors to that ED page...you broke the emotional stre--strength between us. You promoted such twists and turns to everything I have said [begins tapping PS3 controller against his hand to count the offenses] and drawn and written and whatnot...you broke up the best friendship, the best relationship, the closest I could ever have in this pitiful adult life! You did it! Every last one of you! If I could blame myself, I would definitely blame myself for drawing those 5 pictures! Those 5 drawings! And, by the way, that is not Crystal whose eyes are censored; [covers eyes with one hand momentarily] that is Megan! And just for--and just for--for...taking it up,and--twisting it around and such!

Think about it. Think about it! Weigh it on your conscience! Because nothing--no more official Sonichu...art or work may...or may not...ever emerge...depending...on the amount of hate that is decreased! That web page: taken off the Internet! I wish I'd never found that piece of SHIT...in the first place, back on that Halloween of ’07, somewhere around there. And promoting the hatred, and...drawing such loose--such lucrid mockeries...is not gonna further the story plot or have anything new created, or even gonna help in any way...as I am telling you this, right into my PlayStation Eye! 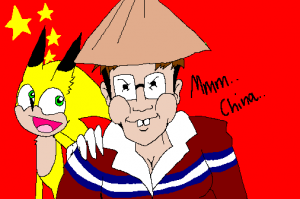 [sighs deeply] If I ever do find the one that is to be my sweetheart, I will...give her such care, such tenderness, such love...we get around to the hanky-panky, that's fine, that's good...we get married. I will have my God--create--my God-called daughter! She will be taken care of...lovingly. Those of you mock me otherwise, with such frivolous, lucrid adultery...if I ever hear another--any more new stuff, it will weigh on your conscience, with me tearing at your souls...emotionally! Let that weigh on your conscience, for those of you who have already done so or are thinking about doing it!

I am not a pedofork, you DORKS!

[sighs] I tell ya...so much anger, so much stress...it's hard to see straight. Let that, the result of all that you have contributed against me, weigh heavily like a 10,000-pound anvil! "Sixteen tons, whadd'ya get? Another day older and deeper in debt!" [pronounces the b in "debt"]

If I was not a baptized man over at the Methodist church by the University of Virginia, I'd tell every last one of you that contributed to the hatred and downpour, "Go to hell." But I can--but I would not even weigh that upon my worst enemy, because that--because I am more kind than ya think. Y'all just do not see that; y'all just twist my words around. [clears throat] I do not wish to see any more hatrey, or adult mockery, and I want that Encyclopedia Dramatica page taken down forever. It will weigh heavily on your conscience each day that it is still up there.

[replaces glasses on face] I leave you with any other thoughts that you may have. But if you dare twist these words around, that will weigh worse on your conscience. The words that I provide...from sound mind and heart...it will weigh heavily on you.

It will weigh heavily on you.