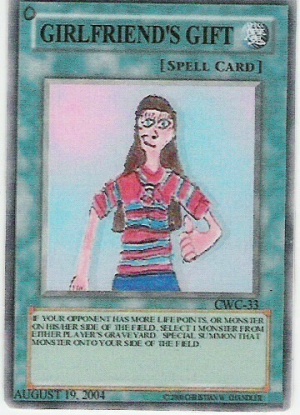 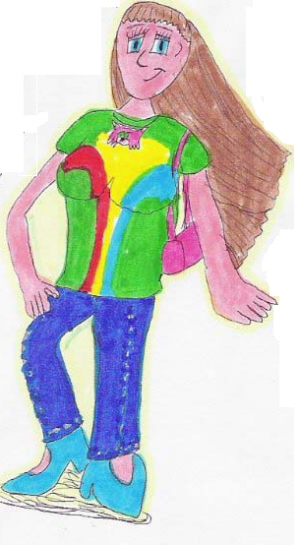 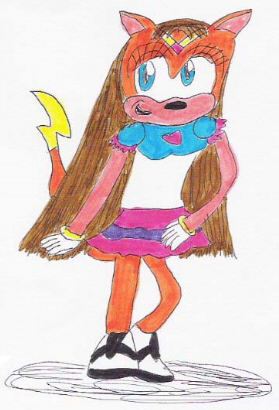 Since Chris had been keen on ejecting everyone he created from his sweetheart search misadventures, the final fate of Crystal Weston Chandler seemed quite grim. Then, partway through Sonichu #10, Chris suddenly turned into Collosal Chan and rescued her by simply walking in, scooping her up in his arms and walking out of the mirror in the most anti-climactic way. Chris originally planned that he would hand over mayoral power to his sister at the end of this issue, but for some reason decided not to.[2]

Her "personality" is identical to every single non-evil female character in the franchise: she does nothing except stereotypically girly activities (shopping,getting high from sampling perfumes, chatting about boys, etc) and she defers to men in all things. Her fashion sense is similar to her twin brother; she wears the same clown shirts and has a Rosechu medallion. Crystal has an odd quirk where she constantly refers to Chris by his original name, "Christopher," instead of "Christian", the reasoning for which probably exists in Chris' head but has never been elucidated.

In a Twitter post, Chris, while LARPing as Sonichu, presented Crystal's origin story. According to Chris, Crystal originated from another dimension where she took over the helm after her dimension's Chris presumably dies. During a battle with her dimension's Mary Lee Walsh, Crystal was sent through a portal into C-197 after Chris used the Heart Torch of Fail to summon her. Chris stated that Crystal decided to remain in C-197 after realizing that Chris was the TRUE and HONEST Chris.[3]

As another display of Chris's failures in his Love Quest, she also appears to be one of the very few female characters in Sonichu who was never paired off with anyone.