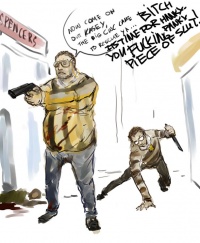 An alternate take on the story.

On 8 November 2009, Liquid Chris uploaded a video containing a comic drawn by Ian Brandon Anderson (Solid Chris) which depicted Liquid as a knife-wielding villain who kidnapped Kacey. Solid comes to her rescue and shoots Liquid in both of his ankles with a handgun. This could be considered a threat to maim Liquid in real life, which is, of course, illegal.

The comic, known as Sonichu Special 4, seems to be an adaptation of Solid's Rescuing Kacey From Christian W Chandler level in Little Big Planet, lifting most of its dialogue from the earlier production wholesale, including Liquid's awkward shout of, "I will have her! ALIVE!".

The resulting event caused by this comic exposed a lot of Ian's self-righteousness.

It should be noted this comes after the Ivy trilogy comics (Holding out for a hero, Wedding, giant penis). Ivy is not once mentioned in this comic nor does Ian say he is married- it could be either a ret-con, or Ivy was sick of Ian and divorced him. 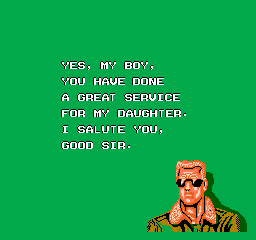 Rampant girlfriend-unfree boys related crimes these days... Virginia is not the exception.

The story begins as Ian Brandon Anderson is "rushing at the maximum speed limit of 65 mph" to retrieve his sweetheart Kacey from "that lying copycat, Chris." Ian doesn't say whether Kacey is in any imminent danger at this point (especially as it takes him about an hour and a half to get to her), but he explains that Liquid Chris "could never truly treat her right," necessitating this rescue mission. It's odd that Ian refuses to break the speed limit to save Kacey's life, when he was willing to make death threats to recover his PSN accounts.

Son-Chu arrives at Liquid's hideout and Ian rushes in, demanding that the "damn, dirty troll" give up Ian's chattel. Liquid responds by brandishing a knife and attacking.

Ian dodges the blow, seizes his opponent in what appears to be a surfboard stretch, disarms him, and knocks him to the ground with a kick to the lower back. He then draws a handgun - the Megatron toy featured in some of his earlier videos - upon an unarmed and defenseless Liquid and shoots him in both shins. "You'll live," he declares callously, "but never impersonate, or lie that greatly, ever again."

The scene then shifts to Kacey's home, where all is well. Her parents (one of whom resembles the character Guile from the Street Fighter video games) shower Ian with admiration, and so do her siblings (one of whom resembles the character Candice from Pokémon Diamond and Pearl, see a pattern here?), who add that "in comparison, that other guy was a geeky twerp." Ian and Kacey share a kiss and their adventure is over for now.

A close reading of the comic suggests that Ian ripped off elements of Terminator 2 for this story. The "maximum speed limit of 65 miles per hour" and kneecapping/"You'll live" scenes look to have had their genesis in similar scenes from the movie, although they've been thoroughly twisted by their trip through Chris's creative process.

Throughout this entire scene, nobody mentions how Ian is supposedly already married to someone else. 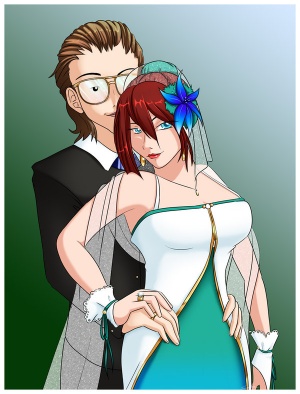 Liquid also used this video to announce that he and Kacey were getting married.

Chris has since tearfully responded to the loss of his true love.