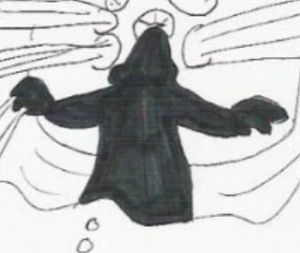 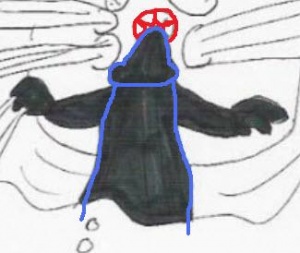 Can't unsee: Silvana's dick is about to invade CWC's rectum!

Clawdorf is the arch-nemesis of Darkbind Sonichu, who unleashed the power of the Sonichu Balls from an ancient (he spelled it correctly this time) tablet. By doing so, Clawdorf cursed "eternal sleep over our princess" (Darkbind's fair love Zelina Rosechu), but it backfired on him, transmuting the wizard into stone.

Proving that Chris hasn't forgotten everything that he's pulled out his ass, Clawdorf is revived by Sonichu's pointless transformation into Ultra Sonichu in Sonichu #10.

Whether he is in fact a giant penis remains to be seen, and probably will not be, as Ultra Sonichu immediately departs for Minnesota and leaves Darkbind, Zelina and the two multi-racial RuleCWC guards to be slaughtered.