Jack Thaddeus (born 12 August 1985) is a troll responsible for various PSN-related trollings with Chris. He is also a homo.[2] He helped bring about the beginning of the Liquid Chris saga.[3]

During the Calling out saga, Chris was manipulated into "outing" him as Internet lolcow Ahuviya Rotem Harel ("ADF"), a noted cosplayer, JEW, communist, and "Aspergian", sparking a brief exchange of words between the two, before Bob's death forced the end of the saga. 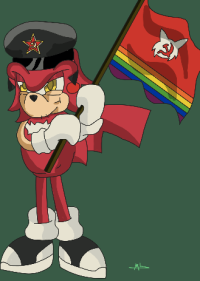 Jack worked with his daughter Samantha Thaddeus, who Chris handed his passwords to, in order to "hack" into his PSN accounts. Jack then seized multiple accounts, using them to blackmail Chris into dry-humping his PS3 and singing "OK2BGay". Unimpressed by Chris's performance, he deleted them, but not before they were archived. 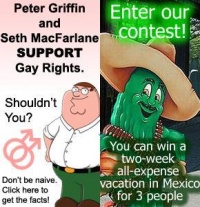 In November 2009, Jack purchased advertising space on the CWCipedia. One banner ad linked to a gay rights website (noting that the creator and hero of Family Guy both support gay rights, and using the hated word "naïve"), while another advertised Mexican vacations using an anthropomorphic cactus mascot.

Chris was incensed by the desecration of his wiki and demanded that the ads be removed. Upon being told that Thaddeus was responsible, Chris declared "I'll deal with him myself." Whatever measures he took, though, they didn't do much good, because the original ads were soon joined by many new banners featuring pickles, homos, and other things Chris hates and fears. These ads would have stayed for a long time since Jack, a gentle and generous soul, rented all the ads-space up to the end of 2010.

Jack eventually leased some of the adspace to Mao, the webmaster of the Asperpedia. On 25 February 2010, this lease apparently concluded, and Jack filled the website with dicks.

Eventually, on 18 March 2010, Jack pulled all his funding from the site, forcing the Sysop to take the site down. It came back the next day under the rule of Mao. 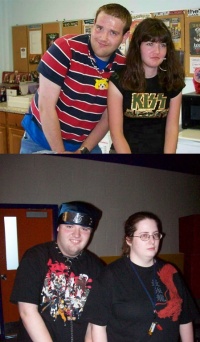 On 16 August 2011 Chris claimed to have dox on Jack, and claimed that his real name was Ahuviya, that he lived in Pennsylvania, and that Jack is planning to have gender reassignment surgery (which he did in June 2018). He demanded a video of apology to be uploaded by Jack/Ahuviya by 10 September 2011. The "Ahuviya" Chris is referring to is none other than Ahuviya Rotem Harel, a fellow lolcow.[4][5] This information is unsurprisingly fabricated, as, for one, Jack and Ahuviya's voices have only scant similarities. Regardless, Ahuviya and Chris, despite the animosity between the two, share many of the same traits and characteristics.[6][7][8]

Jack made his first full appearance in Sonichu #10 as the 4-cent_garbage building is collapsing. When Jason Kendrick Howell escapes, he condemns him and Clyde Cash for being homo trolls. When Beel escapes, he, too, condemns the two for their actions, saying that being homo trolls that are "slandering and tarnishing a innocent man's good name" is just as evil as being an assistant for Adolf Hitler. With no option left, Clyde and Jack hold hands and together jump into the 66+6 story elevator shaft to their suicide.