Sean Walker, more commonly known as The Wildcat (WCT), also known as Psychic Espeon, Neko Onyx, and plenty of other pseudonyms, is a former Watchmen member and amateur documentarian, self-described as "one of the most powerful people in the CWC sphere."[11] He boasted that he was proud about his eventual feature in Geno Samuel's documentary series, claiming himself as "one of the final protagonists."[11] He has also claimed himself to be a "successor" to Joshua Moon of the Kiwi Farms[failed verification], even having one of his white knight pseudonyms be "Conner",[9] Josh's middle name.

WCT was the third and final leader of the Watchmen group, taking over in June 2021 after a conflict with Naught, Kyle and MKR - in which Naught had doxed WCT on Kiwi Farms for declining to share his Kiwi Farms account[12] and Kyle and MKR had refused to believe Naught had done so.[13] WCT created another Discord group, The Knights of CWC, modelling it after the previous Watchmen group run by Naught and Kyle, The Place.

As a Watchman, WCT was concerned with protecting Chris from malicious individuals. In 2019, he was involved with Chris Releases A Statement Regarding Jacob Sockness, an audio recording Chris released to Twitter in order to discourage Jacob Sockness from coming to his house. Two years later, WCT would again try to intervene against Sockness's plan to meet Chris at Everfree Northwest,[4] though Chris's arrest for incest would cause him to miss the convention.

Some of WCT's actions garnered controversy. He, like several other Watchmen, were enablers to Chris's delusions as they would play along with his fantasies. In WCT's case, he played along with Chris's fantasies over the shooter Randy Stair, who was a subject of a documentary series of WCT's own, being a guardian figure. During the wake of the incest scandal, WCT questioned Isabella Janke about her involvement in the Incest call; he was then tricked by her into believing her fabricated BDSM texts were real and that the Suitress also had them in her possession, and he then spread the texts onto the Kiwi Farms while claiming the Suitress as his sole source and partially revealing her identity as well. In addition, WCT's former associate, MKRNightVee, spread a rumor about him that he "probably wants Chris to kill himself"[14] in retaliation for WCT convincing Chris to leave her group's Discord server. These actions and circumstances would result in him receiving considerable flak, ultimately causing him to retreat from the internet and go in hiding. 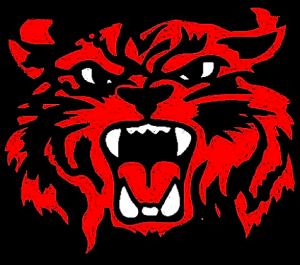 WCT's icon used for his YouTube channel. This was the icon most associated with him.

WCT, an amatuer documentarian, was fascinated by GenoSamuel's Chris-Chan: A Comprehensive History series in early to mid-2018, and archived the series on his YouTube channel The WCT when the original History was terminated by YouTube.[10]

According to Naught, WCT joined the CWC Rebellion server, where he made friends with a user named "Smoky Chris" and that the aspiring documentarians met in GenoSamuel's Discord server some time in 2019.[15] Naught also claimed to have met WCT in the GenoSamuel server when Naught also hung out with Joseph Draft, director of CWC vs the world and that the two were both early Watchmen.[15]

He later joined the Watchmen, where he mainly archived calls involving Chris while maintaining a YouTube channel that posted Chris-centric content which has since been privated. In February 2021, he attempted to become the fourth person behind the role of 'Lainchu,' an OC created by the Watchmen, but was rejected by Chris, who still preferred his predecessor.[7]

WCT was one of the people trying to discourage Chris from his plan to tase his magic stones to start the Dimensional Merge. He also expressed concern over Chris's mental health when Chris uploaded Direct Message to Hasbro: MLPG5 Is Cancelled., a video in which an upset Chris ranted about My Little Pony, the background revealing several punched holes in the wall; WCT reached out to Chris to calm him down and asked Chris to talk things out instead of hurting himself. When asked by WCT what had happened to the wall, Chris claimed the damage had occurred in the past over trying to physically break the iron curtain between dimensions.[16]

WCT was doxed on /cow/ in 2019, and on lolcow farm. Early in June 2021, The WCT dox was reposted on Kiwi Farms by fellow Watchman and group leader Naught (also known as Bismuth).[17] When WCT confronted Naught in a voice chat, Naught denied the allegation, then threatened to further dox WCT in an attempt to silence him.[13] WCT explained the events to Chris himself, who believed The WCT's evidence and cut ties with Naught over it.[13][18]

Shortly after, WCT was banned from The Place, the Watchmen's Discord server. In response, Chris left the server himself. In WCT's own words, "[Chris] saw my banning as a signal to him that my suspicions about Bismuth and the others were correct." The Praetor group, who had also been in the server, left it as well following Chris's departure.[13][18]

MKR jumped to conclusions over the matter and circulated several rumors. In late June she tagged Chris’s Twitter and posted, “Have fun getting fucked over by WCT and Praetor.”[19] accusing WCT of having sinister motives, including "probably [wanting] Chris to kill himself in a similar manner [to Randy Stair].[14]

WCT created a successor group and invited in Chris and several of the Watchmen who had been in The Place, titling his group The Knights of CWC.

WCT gave an interview to the CWCki explaining his side of the story.

WCT was a regular contributor to a wiki dedicated to the documentation of Randy Stair, who infamously killed three people and then himself after losing his mind, having held his own obsession with Stair since at least July 2018,[10] according to a wiki page he made about himself.[8]

WCT produced a YouTube documentary on Stair. In November 2020, Chris found the documentary after looking through a playlist on The WCT's channel and took an interest in Stair's story, particularly the aspects involving Stair's belief in fictional characters existing in an alternate dimension.[20]

Chris recorded an audio file to "help [Stair] get a post-death message out," giving the file to WCT.[20]

In conversations with WCT, Chris occasionally role-played that Randy Stair was a guardian figure and WCT briefly played along.

On 13 July 2021, WCT tried to help Chris avoid Jacob Sockness at the upcoming Everfree Northwest convention by asking him to record another version of Chris Releases A Statement Regarding Jacob Sockness. During their discussion, Chris coped with the issue of Sockness by role-playing that Randy Stair would be defeating Sockness with WCT's help:[4]

To which WCT, seemingly confusing Sockness for Bismuth, replied:

Involvement with Bella and the Suitress

On 10 July 2021, Chris would confess to WCT that he was in a relationship with a new "lady friend".

In July 2021, Jacob Sockness declared that he had plans to attend Everfree Northwest in disguise to meet with Chris.[21] WCT alerted Chris to Sockness's statements.

On 13 July 2021, Chris brought up Bella to WCT, telling WCT she would be accompanying him to Everfree Northwest.[4]

On 19 July 2021, Chris invited Bella, as well as the Suitress; who was also set to meet Chris at the convention; into the Knights of CWC,[22] a Watchmen splinter group headed by WCT and the group discussed plans to protect Chris from Sockness. Bella would claim that she would be a bodyguard for Chris.[23]

On the night of 19 July 2021, Bella invited WCT, the Suitress, and Chris into her chess group #15 Discord server. WCT discussed his conflict with Naught, Kyle and MKR, and told Bella he had been "working with Former Kiwi Farmers to bring down the Watchmen" and asked Bella to assist him in doxing Naught, calling him an "evil man."[24]

On 28 July, Chris would admit to Bella that he was in the middle of an incestuous relationship with his mother. Bella gave the files to the Suitress and both would leak Chris's statements in the following days. Even after the leak, Chris was still willing to talk to Bella; it took both Null and WCT telling him he shouldn't to make Chris reconsider and cut ties with Bella.[25]

Targeted by the Halal Server

In August 2021, MKRNightVee and Naught joined the Halal Server. There, MKRNightVee in particular spread vicious rumors about The WCT, such as accusing him of plotting to have Chris killed.[26]

The WCT was interviewed over Discord about the Watchmen breakup on 11 July 2021. The WCT's messages are in blue and the interviewer's in green.

With his last remaining hours of freedom, Chris chose to send his final known online message to WCT, informing him that the pets were being taken care of.[27] Within a few hours, Chris was taken into custody, which WCT claimed to have "felt a sense of pain" watching.[28]

On 13 September 2021, The WCT was contacted by MKR on Discord for the first time since the fall of the Watchmen.[28] Throughout the conversation, WCT lamented his situation, calling himself a failure for not recognizing the signs of Chris and Barb's incestuous relationship as well as Bella's manipulation, thoughts he admitted caused him to contemplate suicide. Nevertheless, he insisted that he had no regrets and claimed that everything was meant to be. He theorized and repeated multiple times throughout the conversation that the Kiwi Farms would be defunct within the next couple of years, no doubt wishful thinking on his part. WCT's hatred of Bismuth showed no signs of having subsided. At one point, he takes a page out of Chris's book and threatens to both sue and call the police on the fellow former Watchman. Other proposed victims of his legal wrath included Null and a prominent CWCki admin, though The WCT recognized that these actions would likely be all for naught.

In Jail Letter - 18 January 2022, Chris mentioned that he wished to get back in contact with Wildcat, presumably referring to one of The WCT's pseudonyms. It remains to be seen if WCT has plans for when - if ever - Chris gets out of jail, but it's likely his involvement in Chris's life is over.