This page is about the affair itself. For the leaks in which Chris describes incestuous acts, see Incest call and Incest texts. For the subsequent legal consequences, see Jail Saga. For Chris's general stance on incest, see here. 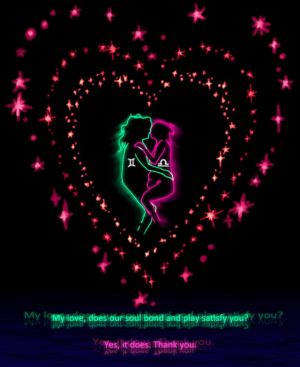 An artist's interpretation of the act. (We can only imagine that Chris shouted "BARBAAAY!" at least once when this happened.)

For years, trolls had joked that Chris, in his desperation to find a boyfriend-free girl, would eventually turn to his mom based on the fact that the two were constantly in close proximity to one another and Chris made a few off-putting comments about fetishizing her. Few thought he would ever go through with the act, though – but Chris found a way to surprise and horrify everybody.

Chris and Barb's incestuous affair most likely began on 27 June,[1][2] but his social media presence in earlier in the month, may hint at an earlier start to the affair. As early as 22 June, he began addressing Barbara by the unsettling pet name of "Barbie Chan", which may have indicated when he began to get intimate with her. After this date Chris claimed that he had sex with her once every three nights until being forcibly stopped by being removed from the house.

Files were leaked to the public the following night,[4], and social workers removed Chris from Barbara on the morning of 30 July.

In early August, Chris was arrested, officially charged with one count of incest, and is currently being held without bail – pending trial. "Top 10 Hottest Anime Moms Ever", a video Chris watched on 25 July 2021, days before he would confess to incestuous acts on his mother.[5]

In general, the relationship between Chris and his mother has always been seen as a "little too close", likely due to his mother's overly coddling nature towards him in his early life all through to his adulthood. It was keenly noted during the Doopie Saga that Chris had used the words "darling" and "dear", commonly reserved for romantic relationships, to refer to his mother.

Many Christorians have noted that potential hints or patterns that would indicate sexual activity between Chris and his mother have been made previously. As early as October 2015, the Man in the Pickle Suit noted that at Chris's plea arrangement for the pepper spray incident, Chris and his mother were touching each other in an unusually intimate and inappropriate fashion.[6] As recently as 2019, Chris, whilst roleplaying as Magi-Chan, referred to his mother as a "guilty pleasure waifu[sic]". Furthermore, in August 2016, Chris admitted to having dreams of having sex with his mother in a Facebook post stating that "I, myself, Did have dreams of having sex with my mother".[7] Troll Arthur Spatchcock disclosed on the Kiwi Farms that following the 2014 house fire, Chris and his mother were routinely spooning. At the time, Chris denied any impropriety, stating "I am not a 'Bates'. OMG."[8]

When pressed for details on the dirty deed, Chris has shown an unsurprising lack of remorse for his actions, stating that his actions were ordained by GodJesus Himself. If anything, he was more upset that Null and other people ratted him out after he provided a recorded confession to a felony to complete strangers on the internet.[9][10]

In case you have some kind of morbid curiosity of how the incest could have went down, here is a list of "activities" that Chris had allegedly done to with his mother:

According to Null, Chris had been buying large amounts of sex toys and lingerie from Adam & Eve for several months prior to committing his acts.[15] Chris also stated that he had purchased negligee and claimed that Barb approved of the idea.[16] What sex toys Chris potentially used, if any, is uncertain. 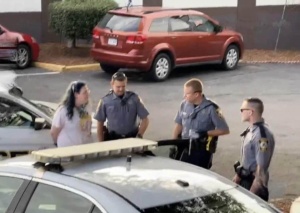 "Ladies and gentlemen, we got him."

The leaked audio likewise contained graphic descriptions of sexual activity, which Chris alludes to as the veracity of "incest fanfics". The authenticity of the recording was confirmed by Chris to Dillon Thomas.[17] It is believed by some that Bella may have doctored the audio itself to make Chris sound even worse as part of her plan to blackmail him, although Chris has admitted to multiple parties that he did several of the acts he spoke of in the audio that leaked.

Prior to the allegations being revealed to the public, Chris informed Null about the fact that he found a boyfriend-free girl, although he wanted her identity to remain secret. He offered multiple hints about the identity of his new sweetheart, but told Null that he wanted him to figure out who it was. Null was initially skeptical of the incest claims, since the Idea Guys previously coerced him into recording a (then untrue) statement that he had raped Barb, and believed that this could be another instance of similar manipulation. Null hypothesized that Chris was attempting to protect the identity of his new girlfriend by making up an elaborate lie, but eventually came to realize that Chris had been having frequent sex with Barb upon reviewing Chris's hints.[18]

After this information eventually came to light, Chris indicated that it was "drama" and that he only intended to share the information to test his followers, who he trusted would not share the information to the public at large despite incest being illegal. This is ignoring, of course, that Isabella Loretta Janke had been planning on blackmailing him with this information as part of a long-term effort to get him to eventually kill himself. Of course, given that Janke is a woman, and Null, who eventually validated this information and tried to tell him about Janke's real intentions, is a man, Chris would later compare the latter to Judas Iscariot for "betraying" him by trusting him with such Honest Content, despite the fact that Null had better intentions for Chris and was trying to give him a stable career path. Chris being Chris, he seems to be more upset over the fact that trusting strangers with private information led to serious, life-changing consequences for him than the idea that he may have caused harm to Barb, and as multiple jail letters show, he does not have guilt over the fact that he did something illegal.

It is a criminal offense in Virginia to engage in incest – sexual activities between a parent and a child are a class 5 felony, punishable on indictment by up to 10 years incarceration. Chris was swiftly removed from his home by an Emergency Protective Order, then arrested the next day. In the wake of his charges, Chris was banned from Patreon and Tapas. Collaborators who had once worked with him withdrew, such as the band who released Love is Love pulling it from sale.

Since then, he has been held without bail in Central Virginia Regional Jail, awaiting trial.[19] If Barb consented, she could be charged as a willing participant. If Barb did not consent, as some have speculated that she may be incapable of that, Chris's potential sentence could be significantly longer given the severity of a rape charge.