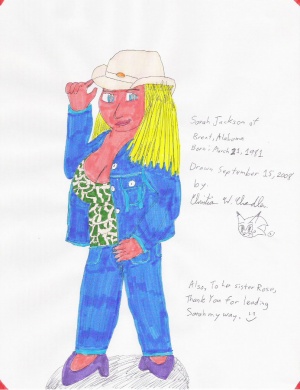 Sarah lived in Alabama and found about Chris through her autistic sister Rose, a Sonic fan. She made contact with Chris through The OFFICIAL Sonichu & Rosechu Blog; the two quickly "developed a good trust." Then, however, Chris told her that he had feelings for Blanca at the same time. After an exchange of emails among the three, Chris chose Blanca. Her plans to troll Chris never came to fruition after Chris rejected her.