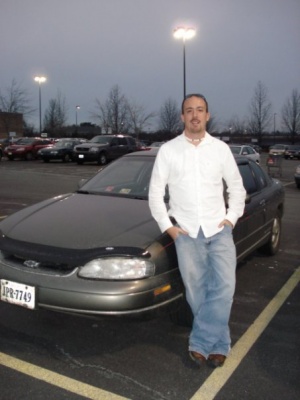 Josh being the badass Chris thinks he is 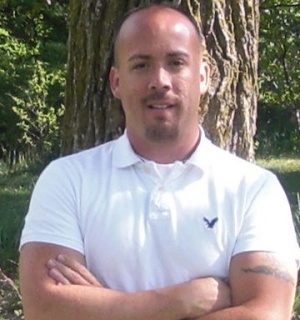 A more recent photo of Virginia's answer to Antonio Banderas 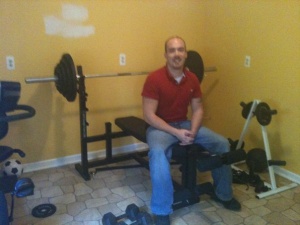 Joshua Martinez was one of Chris's few male friends before becoming an early troll.

According to Chris, Josh lived in Dyke, a rural community west of Ruckersville. They carpooled to James Madison University in Harrisonburg for speech therapy when they were children. Josh had to attend speech therapy because of his thick Spanish accent.[1] While in Harrisonburg, they would play at Purcell Park and on the abandoned airplane nearby, an experience Chris would fondly remember years later in his video A browsing around an ol' playground.

After Chris finished high school and returned to Ruckersville in 2000, he and Josh apparently reconnected. They hung out at restaurants including TGI Fridays and Country Cookin, where Chris would usually pay the bill for both of them. On one occasion, Chris had no money for food, so Josh paid for his own meal and ate while Chris looked on in envy.[2]

Joshua was the first troll to masquerade as a boyfriend-free girl in order to fuck with Chris. In the fall of 2007, he pretended to hook Chris up with a girl named Lori Lopez, chatting with Chris as her and sending him pictures. These images were actually pictures of the pop star Vanessa Hudgens. The truly hilarious part of this is that Joshua closed communication as her by confiding to Chris that "she" actually loved Josh. Eventually Chris discovered that he was trolled, and (as he does about every humiliation inflicted upon him) wrote about it in his comic.

After Chris discovered he had become a lolcow, he tried diverting the attention from himself to Joshua with gems like the following edit to his ED page. Since Chris was still of the belief that trolls went after him because he was so amazing and talented at the time, the reasoning he gives for the unknowable hordes of the Internet to descend upon Josh amount to a weird ramble about how successful in life and sex Josh is. 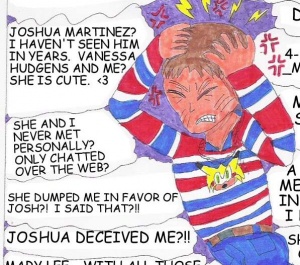 In early 2009, Josh served as a sort of Eastern Front for the trolling war on Chris, as he impersonated Vanessa Hudgens.

The trolling culminated in Josh attempting to sell a "special" PSP to Chris intended for "Vanessa." He was foiled when trolls suspected that Josh was doing so for personal gain and not simply for the lulz. Josh isn't exactly too bright either — see the Vanessa chats for ample evidence of his limited imagination and clumsy attempts to manipulate Chris — and Chris's dalliances with Vanessa were also interfering with the success of Ivy. Josh's involvement ended and Chris canceled the check for the PSP according to Ivy's instructions, yet Chris refused to return it because "Vanessa would be upset." It was a knock-down, drag-out case of retard vs. retard.

Chris's parents were furious at Josh, and actually went to the police in an attempt to bring him in for conning Chris out of his cash. However, during that very visit, Bob and Barb found out that Chris was stealing money from them, prompting Bob to deny police assistance for fear that Chris could be implicated. He instead announced his intention to take Josh to small claims court, but it's unknown what, if anything, came of this. This visit also saw Rocky Shoemaker get involved to investigate the trolls (against Bob and Barb's wishes), ultimately ending the Ivy operation alongside the Vanessa operation.[4]

Josh has since stopped talking to Chris.