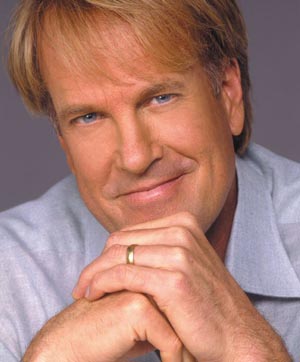 A man so dull, we can't even come up with a snappy caption for him.

John Tesh (born 9 July 1952) is an American musician and radio personality, famous for his unusual blandness. His "Intelligence for Your Life Radio Show" has aired on many soft rock and adult contemporary stations since 2003, and Chris seems to have been a regular listener since the early days of the program.

The show's format intersperses music with trivia and advice from Tesh on a variety of subjects. Tesh's romantic advice appears to have had the most influence on Chris. In particular, the three-date rule has come up in his reams of dating advice, which may be where Chris picked up the concept (and subsequently ran with it).[1]