From CWCki
(Redirected from Naru)
Jump to navigation Jump to search 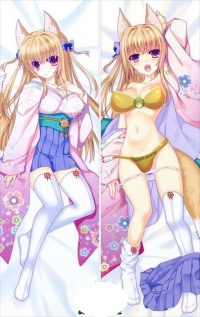 A waifu (Japanese: ワイフ; derived from English wife) is, generally speaking, a female character from an anime or video game that someone finds attractive and considers a significant other. Chris, however, typically uses the word "waifu" to refer to a dakimakura, or body pillow. Chris' first, and for a long time only, references to a waifu were in two videos from May 2016. He introduced his waifu's name as Naru. Her life before Chris went from being born in a Chinese sweatshop, to spending weeks or months in a product warehouse, before being shipped to the Chandler household. Ironically, the world she saw in the Chinese sweatshop of her birth was likely less depressing than watching the daily life of the Chandler family. 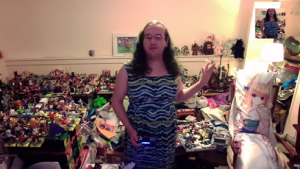 In which Chris introduces "Naru", with whom he has spent a glorious two weeks, and there is nothing wrong with that.

On 20 January 2018, Chris dismissed the concept of having a waifu as "making a character from a show who is Dimensions Away from your own league", and stated that he only bought Naru under "Peer Pressure" from "one of his ex-girlfriends", adding that he has since thrown her away. Shortly after, Chris was manipulated into retracting his criticism of waifus by the Idea Guys, who seem to have pointed out that he hurt their feelings with his commentary.[3]