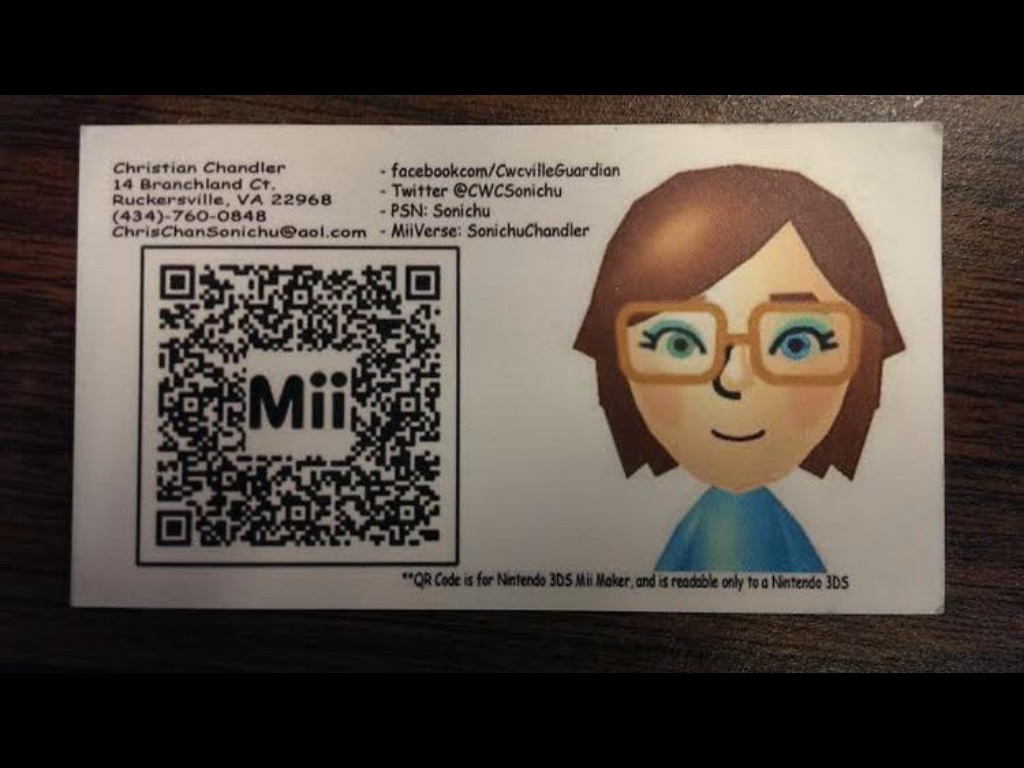 Business card from the early 2010s. 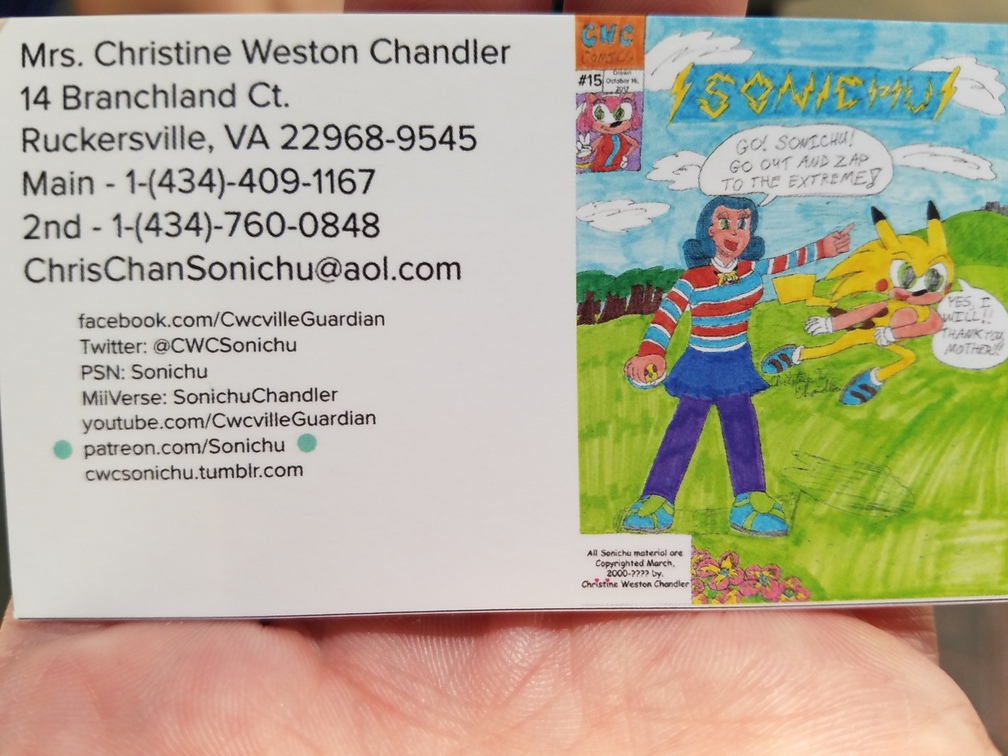 A combination business card/attraction sign from the early Love Quest.

A business card is a card used for conveying contact information about a business or businessperson. Chris primarily uses business cards for socialization, handing them out to potential gal-pals and fans, or for promoting the brand of Sonichu.

Chris used the cards prior to being discovered by the Internet in 2007. A variant from the early 2000s contained only a link to CWC's Sonichu Site!. These were given to fellow patrons of The GAMe PLACe,[2] his 2004 psychiatrist,[3] and copies were left at the University of Virginia's library.

Anna McLerran received a card from Chris when he first met her. She noted it contained his name, email address, and website link. Chris had given it to her in the hopes she would email him using the contact info on it.[4]

One variant of the card was also used for the Love Quest, featuring his Match.com account and asking for a "Female Companion".

By the early 2010s, the card contained detailed info on Chris – his name, address, email address, phone number, and his Facebook, Twitter, PSN and Miiverse accounts were listed, along with an image of Chris's Mii character and a QR code for it.

Chris handed out copies of the card to patrons at the Impulse Gay Social Club and at OmegaCon.

After changing his name to Christine, Chris printed up new business cards to match his name. Around this time, Chris began an online business to cash in on his online infamy, giving a degree of legitimacy to the business cards, though as most of his sales were from being advertised online, the cards were also a way to stroke his ego over being a "celebrity".[6]

A variant of the card given out at BronyCon 2019 refers to him as "Mrs." to reflect his delusion that he is married to his imaginary friends, features the cover to Sonichu #15, lists both his primary and alt phone numbers, his address, email address, and added his YouTube, Patreon and Tumblr accounts. Of note, his MiiVerse was still listed, even though Nintendo had closed the service in 2017, and the Patreon account was highlighted with dots, presumably to draw attention to it as it is part of his online business. His Twitter username was also not updated and uses his older @CWCSONICHU instead of the newer @CPU_CWCSONICHU.