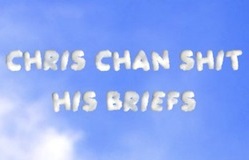 "They may have hired a Skywriter."

Chris could not be consoled:

Clearly cracking under the pressure of being duped by the trolls and his impending arraignment in July, the once smug Chris degenerates into self-pity even further. Ironically, Chris has been guilty of almost every single thing he wants the trolls to stop doing to him. 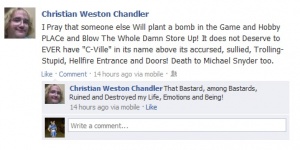 It was probably in this month that Chris made the following statement, which he quickly removed: