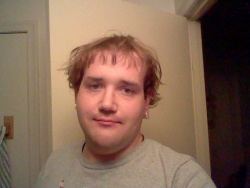 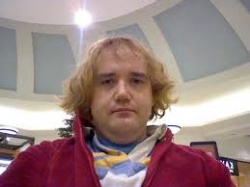 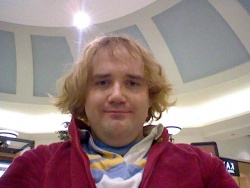 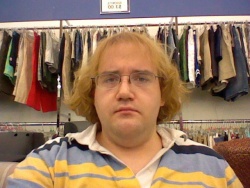 The pic by the end of the month.

The following was posted by Chris on Facebook in January 2012. It was in this month that Chris started being active on Facebook. His account started with only five friends, including Anna McLerran and Kim Wilson.

Only has five friends

After a four-month hiatus, Chris started to become active on Facebook with only five friends.

ONLY for my Real-Life friends 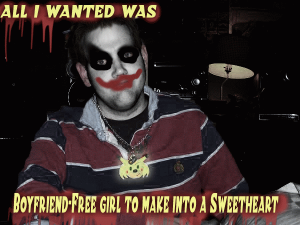 I require the greatest of local help within the Charlottesville and Ruckersville, VA areas, in meeting women to find my Sweetheart among her or them.

Chris posted about needing help for his sweetheart search.

Chris posted about the qualities he wanted for his sweetheart.

Hell of a life

Chris posted about his life after his dad's death.

MEETING her in person right off the bat

Chris posted a FreakyForms style of Sonichu. FreakyForms is a game on Nintendo 3DS where you can make your own creations.

Chris posted about his 3DS Mii Friend Code to his 5 friends.

This is Chris's heart level at that time.

With Chris's 30th birthday coming up, Chris complained about his adult life:

Blank and with a loss of purpose 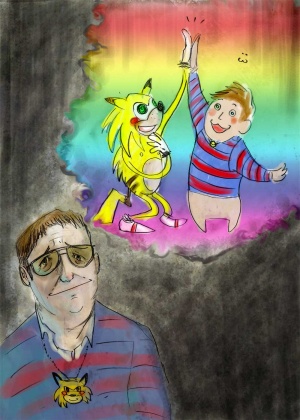 An artist's depiction of Chris 30 years later, if he haven't died yet without a sweetheart according to him.

As the last time anyone replying or commenting on Chris's private profile (with only 5 friends, again) was 10 days ago, Chris posted about whether anyone is going to do so.

Chris posted how he disliked "The Cwcville Library" YouTube channel (the channel which had reuploads of videos posted by Chris himself) for what they have done and how they have misportrayed him. Needless to say, he still brought it up to his friends.

Chris then mentioned about his Autism Tutorial animations.

The Hatred For Michael Snyder On Facebook Begins, Part 1

For the first time ever on Facebook, Chris complained about Michael Snyder due to the 28 October 2011 incident:

The Hatred For Michael Snyder On Facebook Begins, Part 2

The Hatred For Michael Snyder On Facebook Begins, Part 3 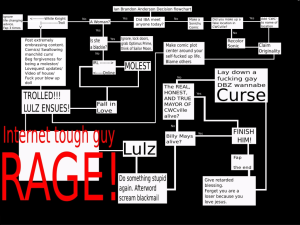 Anna McLerran then gave him some advice:

Dana Mahri then gave some support:

Needless to say, Chris brushed off the advice and continued to post more about Michael Snyder in later posts.

Am I Good Looking or handsome?

Chris asked an open question (again, to his 5 friends) on Facebook:

WHY DO I NOT HAVE ANY WOMEN NOTICING ME?!!!

February is coming up

Chris complained about being a virgin with rage and revealed when his parents lost their virginities:

Not looking forward to turning 30 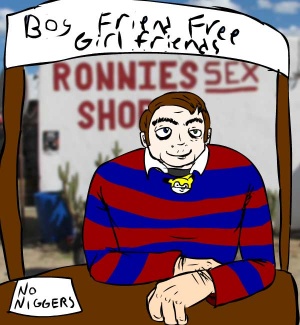 An artist's depiction of Chris in his sweetheart search.

Chris posted about his sweetheart search in Fashion Square Mall, and he now had zero respect for the "soo-called 'Officers of the Badge'":

Back to Complaining about the Jerkops

Chris then posted about the Charlottesville community with some hypocrisy:

After looking through his past, Chris posted:

Another thing that makes me sad

Chris posted a post in response to Dana Mahri:

Chris posted another question about his profile photo:

Kim Wilson then gave him some advice:

Chris asks his friends for help on his sweetheart search again:

Only one friend did so which is Kim Wilson, and she posted:

I miss hanging out with my friends too

On 26 January 2012, Kim Wilson posted 2 posts to Chris, giving him some support:

Things will get better!