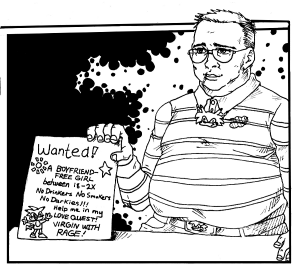 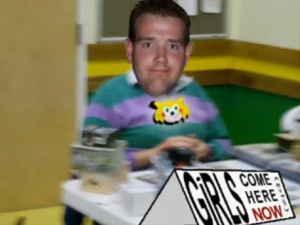 Another artist's impression of how the attraction sign worked.

The Attraction Sign was used by Chris during his Love Quest to get the attention of boyfriend-free girls. Incredibly, the sight of a fat, sweaty, smelly manchild soliciting sex with a piece of cardboard has not enticed any ladies to date.

An early version ran "I am a "X"-Year Old Male, Seeking an 18-"X"-Year Old Single Woman",[2] but more information about Chris (and demands about his partner) soon found their way onto the Sign.

All of the original signs have likely been destroyed in the house fire of 2014.

The original Sign, created in 2003 when Chris first started his Love Quest at the age of 21, is perhaps the most notable and amusing of them all. 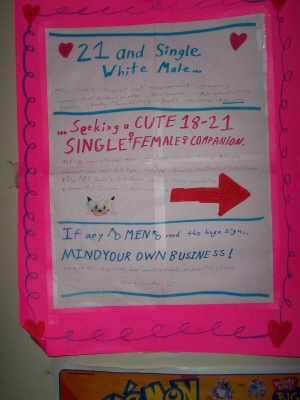 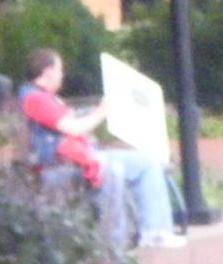 ...Seeking a CUTE 18-21 SINGLE ♀FEMALE♀ COMPANION
*18-21 years of age *does _not_ already have a boyfriend *Single
-Average to Slender Weight/Body Type -White -Lives in Charolettesville or Ruckersville area
*Does NOT Smoke or Drink Alcohol -Happy, Positive Personality
*Average/High Income -Drives a vehicle

If any ♂MEN♂ read this huge sign...
MIND YOUR OWN BUSINESS!
(And to all MEN with girlfriends, except marrieds and blacks, go jump off a cliff)
Have a nice day ☺

Chris had other ideas beyond Signs, but said that "Newspaper/Magazine Ads, Online Dating Sites, Video Dating Services to name a few; THEY COST MONEY." 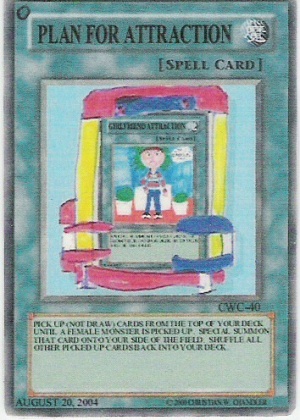 Many variations on the Sign were produced when Chris was in college, chiefly because Mary Lee Walsh kept confiscating them. During this time, Chris waged war by creating MySpace and Facebook accounts, then printing new Signs and plastering them all over campus - only to be torn down in turn by Mary.[3] Regardless of Mary's efforts, the Sign required updating annually, since the requisite age of the Boyfriend-Free Girl was invariably 18 to whatever Chris' age was at the time.

The attraction sign shows a truly desperate time in Chris' life, where he advertised his virginity in the same way you would advertise selling a car.

Discouraged by Barb, Chris retired the Sign proper some time before August 2009:

In spite of this, the Sign would soon make its return in various incarnations.

In June 2010, Chris wore a shirt saying "I Enjoy Vagina" and an exposed bra saying "Want Woman!" over his large gut, a lazy and frank form of the Sign.[5] While this display is (even) less pleasant and more direct than the original Attraction Signs, his reasoning for each seems to be the same: if he just reveals to boyfriend-free girls what he wants via literal, verbal language, any of them will want to give it to him regardless of how bizarre, off-putting, and out-of-touch with their wants and needs that revelation is. This lends even further credence to his ridiculous sense of entitlement and that he never understood why the Sign made him look like a retard in the first place and he hasn't grown, matured, or learned anything since he stopped using it.

A few weeks later, on 4 July 2010, Chris attempted to attract an unfortunate woman at a local fireworks celebration by wrapping a note around a small rock and throwing it at her. Combined with the earlier "Want Woman!" tactic, this caused some trolls to assume Chris was beginning to devolve into some sort of caveman.

Later that same week, Chris was spotted and photographed twice at Fridays After Five again. In both photographs, he is shown to have placed a small piece of paper between his legs. Exactly what he wrote on it is unknown, but it is reasonable to assume that Chris had reverted to the original-style Attraction Sign once more, likely because someone told him that children shouldn't be exposed to him in his sports bra.

On 16 July 2010, Chris again terrorized the poor women of Charlottesville at the Fridays After Five gathering, with a new Sign that read "Friendly and Flirty Man Zone".[5] He also employed a portable mini fan and a hula hoop, in what seems to be a misguided attempt to look fun and cool.

In a February 2012 Facebook status update, Chris mentioned that he planned to wear a Sign around his neck that says, "If you like me, tell me!"[6]. Whether or not he actually did this was never documented, but knowing Chris this was certainly not an idle threat. 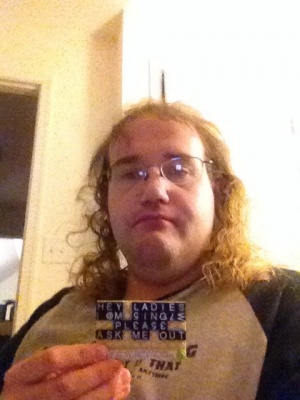 An April 2012 Facebook status revealed that Chris planned to go back to his roots in stalking innocent women in public with the sign.

He later revealed in another note that he was lying in a baffling attempt to "troll the trolls".[8]

On July 2014, Chris made a new OkCupid account, which resulted in a few new photos of him in full tomgirl regalia. One horrifying picture shows Chris looking 20 years older than he is and brandishing a new Sign (made out of Legos) stating "HEY LADIES I'M SINGLE PLEASE ASK ME OUT". It is unknown if he uses or intends to use this new Sign in public (physically speaking; his OkCupid profile was a public site).[9]

Chris's 2014 OkCupid account also revealed the fact that he has finally conceded to raise the minimum age of his heartsweet, up to 23, probably having realised the minimum age of 18 was becoming very inappropriate. However, 23 is still a large disparity with Chris' age when he wrote it (32) and he still absurdly demands his sweetheart be younger than himself, even though he clearly wants them to serve largely as his mother figure.