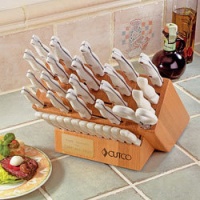 Cutco, officially known as Alcas during Chris's stint there, is a multi-level marketing company that sells overpriced, medium-quality knives. Chris was employed by Cutco from June to September 2003, and it remains the only significant employer Chris has ever had besides Wendy's. It's also the last kind of job Chris has ever had - or will have - to date. 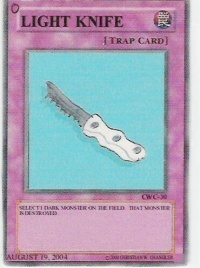 Flipping over the logo of Cutco subsidiary Vector gets you an accurate summation of their business.