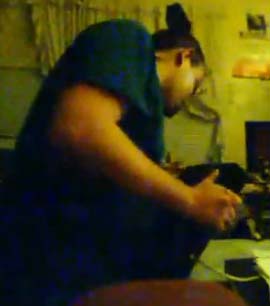 The only thing originating from Japan that Chris will ever fuck.

Chris has been known to prefer Japanese media over American alternatives; PS3 over the HEXBox, Sonic over The Adventures of The American Rabbit (though one can't blame Chris for leaving that behind). He has stated that a lot of media is better in Japanese.[2] He also ranked Japan 2nd on his list of countries he wants to visit, since going to Buckingham Palace to claim his crown is more important to him.[3]

Chris seems to have a favorable opinion of Japanese people. He didn't exclude Japanese women from his Love quest, and has said he would date and go deeper with Japanese women.[4][5] Despite this, his tendency to not care about people other than himself arises here - he has regularly confused Chinese and Japanese people and has also created a stereotypical Asian character. 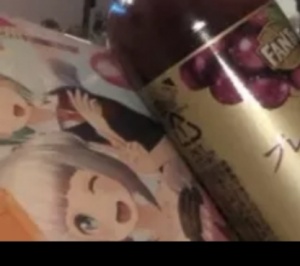 Chris also spends $31.50 per month on the premium edition of the TokyoTreat box, which gets him some snacks and trinkets all the way from Japan. Till date Chris has spent over a $1000 on this since at least October 2017[7] 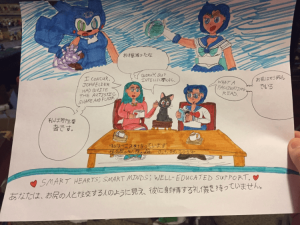 Chris has shown interest in the Japanese language, he said if he could learn any language instantly, he would pick Japanese. [8]Currently like all things Chris knows, his actual knowledge of Japanese is quite shallow. He uses popular weeaboo words such as “Arigato“, “Kawaii“, “Sayonara“ and “Senpai“. A troll in Mailbag 3 compared Chris to a gay man in Japanese but he was oblivious to it. In his videos for Miyamoto, he pronounces the Japanese names incorrectly. He also uses the honorific "-san" incorrectly.[9]

In November 2017, he was conned by the Idea Guys to make a drawing of himself and Sailor Moon where they speak in Japanese. The dialog translated into memes and statements mocking Chris and not what Chris thought it meant.[10]

His tastes in consoles however are much different, he was a huge Sony fanboy, buying anything they put out, he also showed tolerance to the Wii. His hate for the Xbox, the only major non-Japanese console mostly stemmed from Chris's brand loyalty moreso than hatred for it not being Japanese; He may have chosen the PlayStation as it was Japanese, but hated the Xbox because it was a rival to the PlayStation and not because it wasn't Japanese. The reason he didn't show resentment to the Wii could be because it wasn't considered to be a competition to the PS3 and he is a large Nintendo fan.

As a result of Chris's friendship with Megan prior to the infamous drawing - in which Chris was introduced to numerous popular anime and manga franchises - Chris began incorporating design elements familiar to Japanese media into Sonichu.

Chris being a huge connoisseur of TV shows and movies has stated his deep interest in anime multiple times, he watches anime with Japanese audio and English subtitles[11] and enjoys Japanese animation over American animation as he considers the anime stories and art styles to be superior to the American counterparts. He also likes the fact that censorship is more lenient in Japan due to which some minor cuss words are allowed in TV-Y rated shows. [12][13]

His interest in anime peaked after he met Megan, to the point where he started incorporating anime-esque art styles into his comics. He continues to use the same art style to this date although with minor changes. Many tropes he uses in the comics are also directly lifted from series such as Excel Saga, Dragon Ball and Sailor Moon.[14] Chris also finds many of the Japanese theme songs to be superior.[15]

Most of his favorite shows and movies are all Japanese such as Sailor Moon, Samurai Pizza Cats, Excel Saga, Sonic X, Transformers[16] and Pokemon movies.

Is Chris a weeaboo?

No. A "weeaboo" is a western person who is obsessed with Japanese culture, often regarding it as superior to all other cultures. Though Chris does have some qualities that he shares with actual weebs, he doesn't consider Japan to be the best; he merely enjoys certain things from Japan more than the ones created locally.