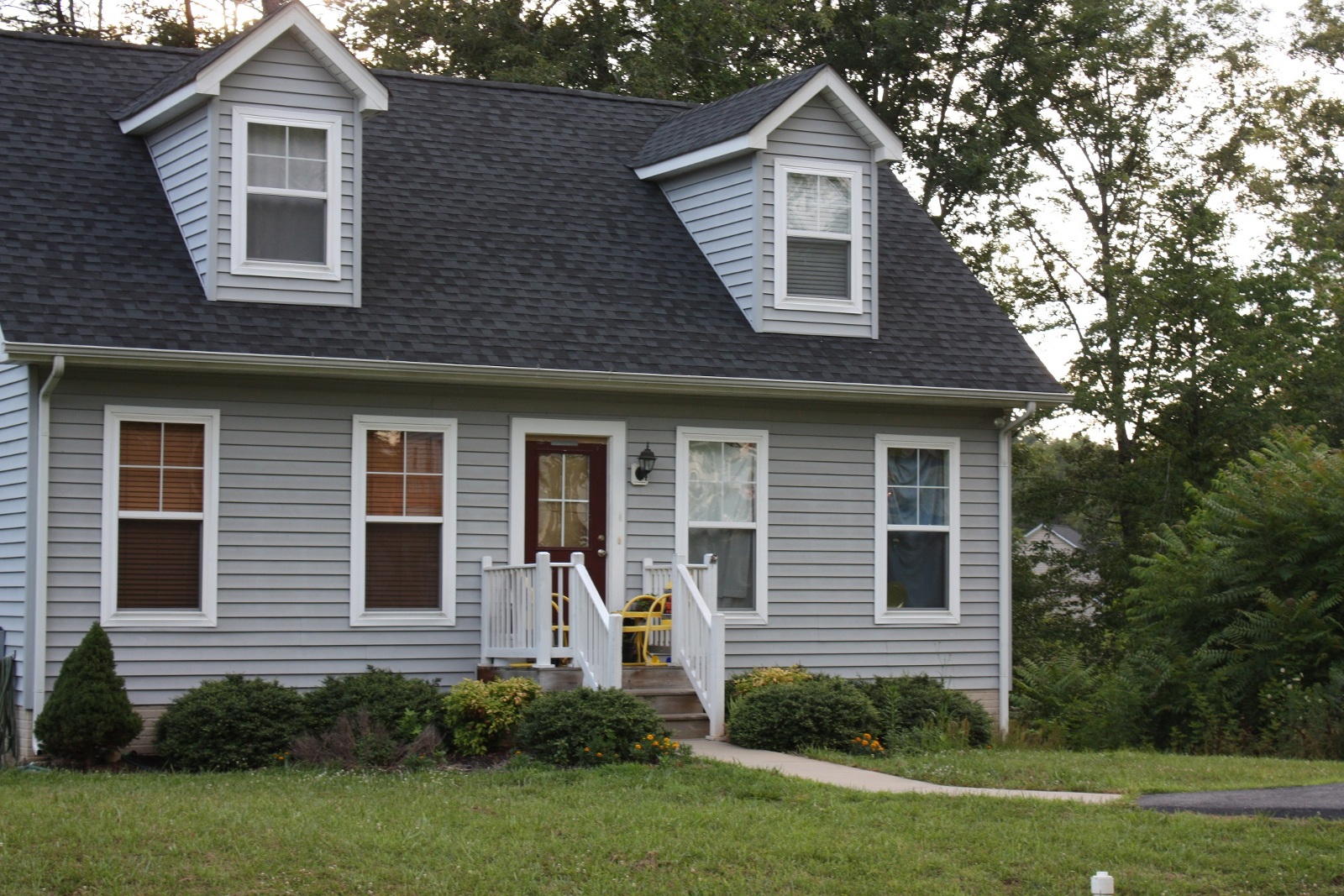 After the house fire at 14 Branchland Court in January 2014, Chris, his mom, Clover and Snoopy, and the lone surviving cat stayed briefly with a (deeply unfortunate) friend, and then moved into a temporary rental house. The rent was paid by their insurance company while the repairs to 14BC were being made. After about a year, they moved back into their original abode. 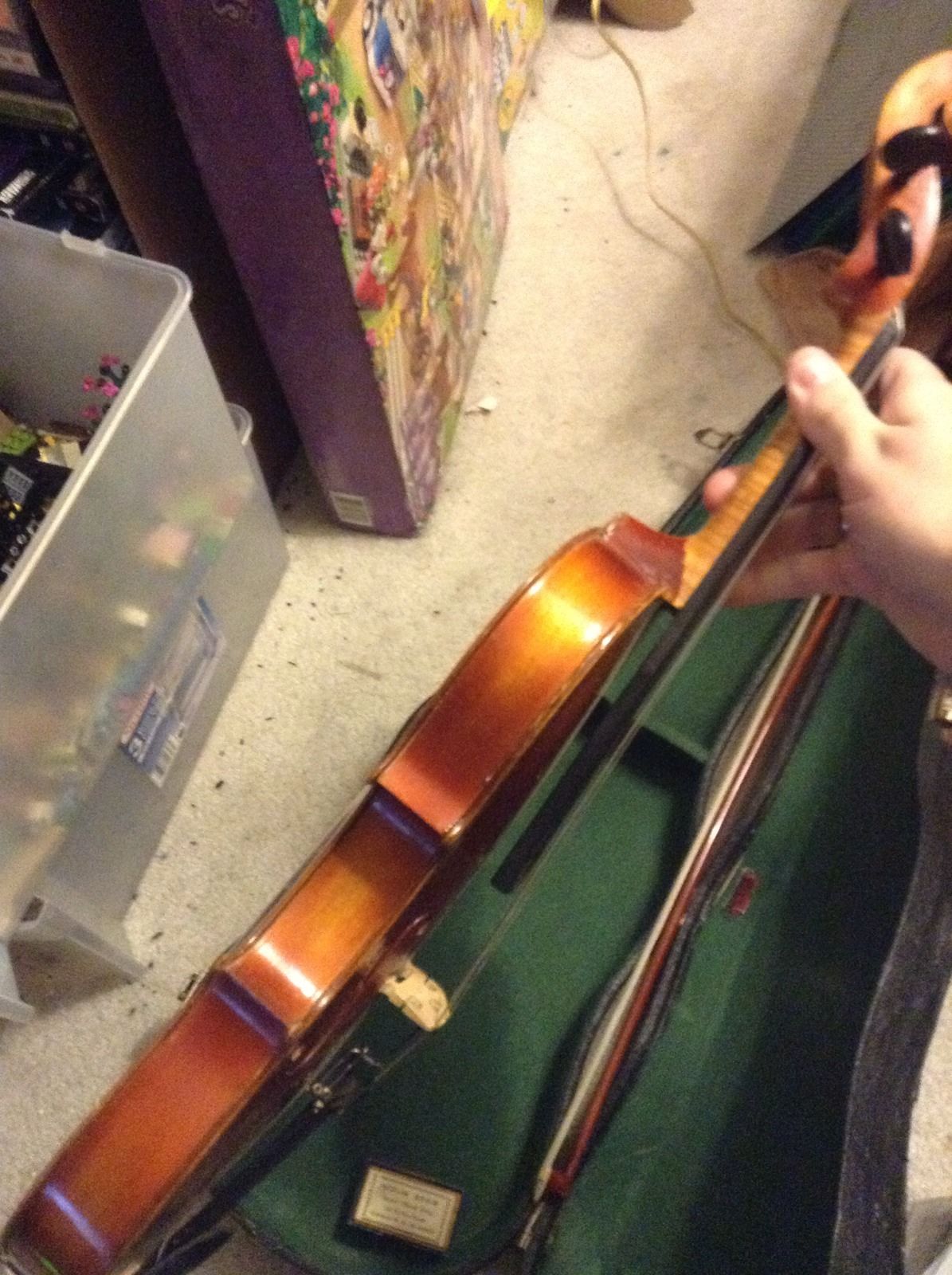 An eBay listing photo of the violin, posted on 22 Jun 2014, shows boxes of Lego and what appears to be rodent feces on the carpet in the background.

Based on GPS coordinates that diligent Christorians found in the EXIF data of a photo which Chris submitted to the Lego Awesome Alliance competition page,[1] the house appears to be located in Barboursville, VA, a small unincorporated community on the outskirts of Charlottesville, a largely suburban area known for its surprisingly pretty and upmarket properties. However, Chris still seemed to be receiving mail at his old address, as shown in his begging for gifts on Facebook, and on shipping labels on boxes seen in photos taken within the rental house.[2]

It's not known exactly what the Chandlers managed to save of their hoarded possessions, but Chris seemed to have brought with him his PS3, at least one of his 3DS, and the melted ruins of his Lego "replica" of Manchester High. Soon after settling in, Chris's days became dedicated to feeding his financially crippling Lego addiction, on which thousands of dollars were spent. Photos of the interior taken shortly after the Chandlers moved in depicted an accumulation of boxes and an already-filthy carpet. The house also had Internet access and a computer, which Chris eagerly used to conduct the usual Facebook shenanigans and order Lego online.

By June 2014 the signs of Chandler habitation were highly apparent, as observed when Chris posted photos of his merchandise on eBay with rodent droppings clearly visible on the carpet, the existence of which Chris later denied despite having supplied evidence to the contrary. Between Barb's hoarding and Chris's nonchalance about living in abject filth, the fate of the rental house itself looked grim, and considering Chris's persistent failure to learn from his mistakes, it could have burned down just as 14BC did, or at least get major complaints from the landlord or next group of poor souls to rent it. During their Rental House Tour in August, Catherine and her cousin Al observed mounds of trash and dogshit. It is not yet known how the landlord responded to the state of the home after it was vacated by the Chandlers.

On 31 August 2014, Chris wrote in a Facebook post that he had a date on that day with Catherine.[3] She would later on give an account of her "date" with Chris, which included a visit to the rental house. She reported that the rental house was becoming just as cluttered as 14 Branchland Court, with some places in the house "literally stacked to the ceiling with stuff". One of the two upstairs rooms used by Chris was filled with Lego, much of it damaged by the house fire. The Chandler pets used to defecate and urinate inside the house on newspaper, due to the Chandlers not taking them out for walks.[4]

On 6 November 2014, while raging over a small brushfire on YouTube, Chris accidentally revealed his address as "Flintstone Drive." Fortunately for him, weens did not take the opportunity to mail unwanted stuff to him.

On 3 December 2014, Chris announced he was expecting to move back into his renovated house in the next "couple of weeks". The events of Boxing Day saw Chris briefly imprisoned in Albemarle County Regional Jail, although he was bailed out 2 days later. By January 2015, Chris and his mother had left the Rental House and moved back into the renovated 14 Branchland Court.

In April 2015, a pair of Christorians decided to do a CWC tour while they were in the area for his hearing, and managed to find the Rental House, which was reportedly in a nice area, but still vacant four months after being vacated by Chris and Barb, speaking volumes about the damage inflicted by the slovenly duo. As aforementioned, it is unknown how the landlord reacted to this, if indeed they have at all.

As of October 2022, the rental house is currently listed on websites like Zillow,[5] with pictures (assuming they were taken after the Chandlers left) showing it has been heavily renovated and cleaned ever since.[6] However, it has been said despite the renovations the owners have never been able to get out the stench Barb and Chris left behind.