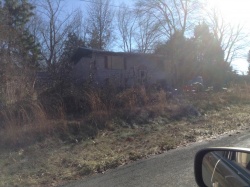 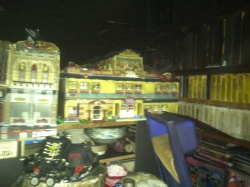 January 2014, Chris receives a care package from his fans.

January was the first month of 2014. This month began more quietly than past months. However, on the 10th, the Chandlers' hoarding apparently finally caught up with them, as their house was severely damaged by what Chris claimed to be an electrical fire. Chris and his mother would spend the rest of the year in a Rental House.