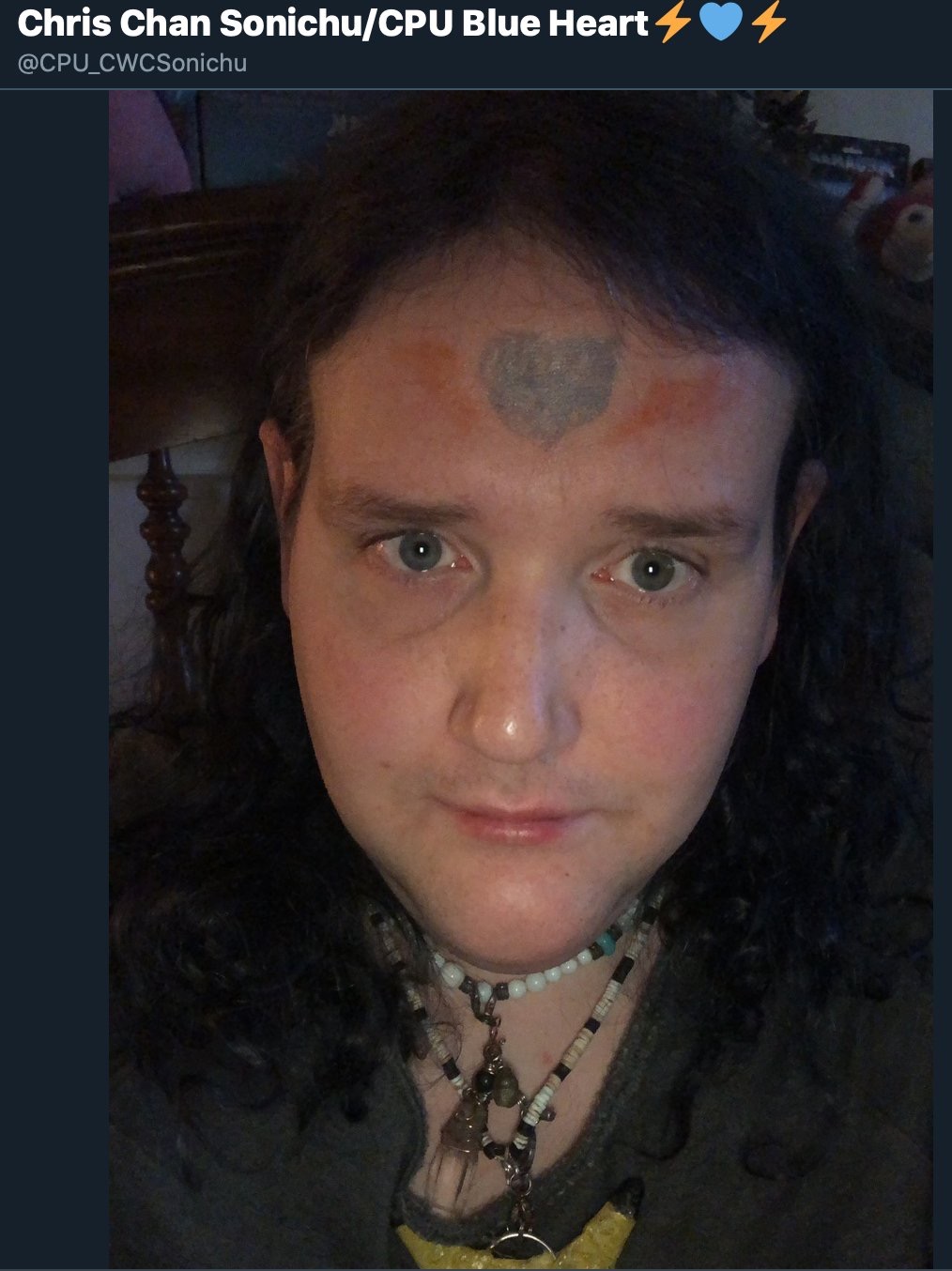 Chris in November, with the mark of the CPU Goddess on his forehead, reminiscent of Charles Manson.

November was the eleventh month of 2019. Jacob Sockness convinced Chris that Null was the Devil incarnate, and that the Kiwi Farms was slated to be destroyed by the Dimensional Merge. Debt collectors attempted to garnish the tugboat this month, and Cwcvilleshopping.com was established.