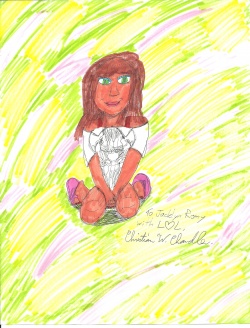 On 15 April 2010, Jackie tells Chris she wants him to make a video demonstrating his skill at oral sex. 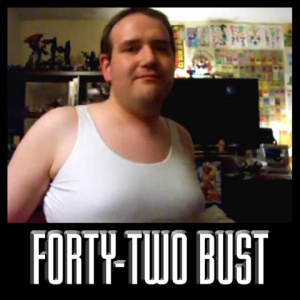 On 21 April 2010, a video is leaked showing Chris being highly disturbing. This image sums the video up nicely. 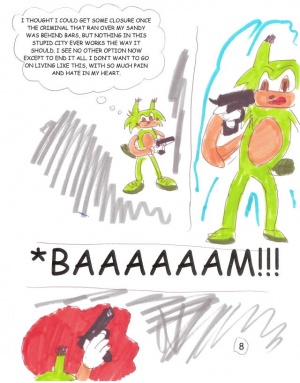 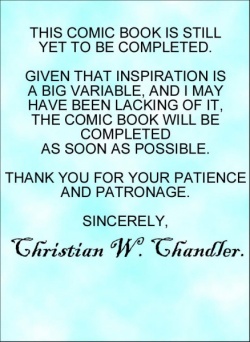 Throughout April 2010, Chris's online activity was pretty sporadic, both due to him trying to stay off and free himself from the influence of the internet (probably prompted by an outside force), and because a new potential sweetheart, named "Jackie," had started to exchange emails with him.

The month started with the CWCipedia looking like its main contributor's duck. That is, to say, mangled beyond recognition. The website was stripped of its flesh and colors, pictures and formatting, leaving behind only a skeleton of HTML code, like the remains of an animal that's been dug up after many years in the ground. This was probably due to 110mb being shit as usual.

On 5 April, Chris's second The HooK Café ad was discovered, further cementing the fact that he only wants a sweetheart for the hanky-panky. Said ad was deleted on 9 April.

A week later, Chris returned to The GAMe PLACe in an attempt to get his permaban removed so he could start bogarting everything. The manager, Michael Snyder, was unmoved and told Chris to get out, prompting Chris to show himself as a horrible bigot once again by using the word "Jew" as an insult (even though Michael is not Jewish). Chris posted a video of the incident, then posted an image on the CWCipedia asking his fans, the same ones he compared to trolls a month ago, to troll him and ask why he's playing Kick the Autistic. Not only did this, as expected, not work, Michael was, quite to the contrary, subsequently hailed as a hero for keeping the anti-semitic manchild down.

After his rejection from The GAMe PLACe, however, Chris once again turned to Sonichu, for the first time all month, when he wrote several biographies for the Chaotic Combo. He followed up with a lulzworthy history of all female interaction he has ever had. He ranked his childhood teacher among potential crushes too, just for extra WTF.

Chris managed to keep quiet about Jackie (probably having learned something from the whole Wallflower incident), and her existence was not known to the general public of trolls, until she leaked the whole email correspondence and a deliciously creepy video by Chris to the CWCki. Subsequently, Chris did his part for autism awareness by making a video in which he mumbles through the Wikipedia page on autism whilst wearing his sports bra.

Near the end of the month things finally took a turn for the interesting on the CWCipedia. Several episodes of the Sonichu comic were deleted for their use of copyrighted characters, and some bold impostor sent Chris's Wikisysop a batch of new pages for Sonichu #11. These False and Dishonest pages attempted to end Sonichu for good, as they featured the deaths of many main characters and Sonichu and Rosechu's bitter divorce. Sadly, Chris noticed relatively quickly, and replaced all the troll pages with placeholder images.