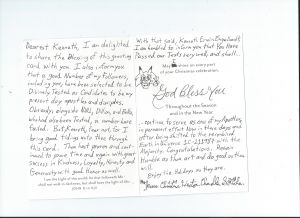 December was the 12th and final month of 2021. Chris remained in jail for the entire month, presumably celebrating Christmas in the pokey. The biggest revelation of the month was that Barbara instigated a serious car accident in late November, causing serious damage to both herself and Son-Chu.