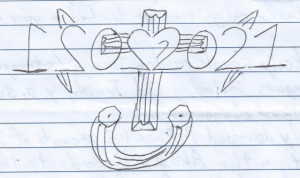 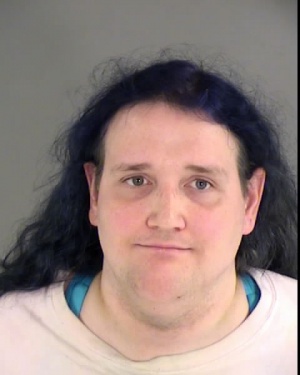 2021 was the thirteenth year since Chris's discovery, and the year when the shit finally hit the fan, once it came to light that Chris had been having a sexual relationship with his own mother. This revelation very quickly destabilized everything about Chris's life, separating him from his house and mother, and likely resulting in serious prison time.

The year marks the 30th anniversary of the Sonic the Hedgehog franchise, and 14 years since the discovery of Chris and the world of Sonichu. Barbara turned 80 years old on the 1st of October.

6 September marked a decade since the passing of Bob Chandler, and the same month also marked twenty years since Chris's firing from his last real job. Granted, he's not likely to get a new job if he ever leaves custody of the state, considering the likelihood that he'll be registered as a sex offender if he's convicted of diddling his elderly mother on top of everything else.

Cryzel Rosechu also turned 18 this year,[1][2] meaning that Chris is no longer technically a pedofork for marrying her – although that's probably the least of Chris's worries given his current situation. 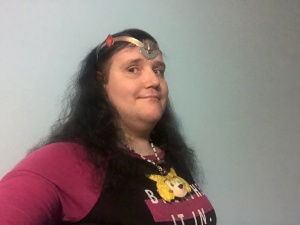 Early in the month, Watchmen leaks revealed that Chris had been planning to use a taser to stun his collection of crystals and rocks in an attempt to activate the Merge. Among those involved with the situation were the aforementioned Watchmen and a Praetor member. Judging by later conversations and the fact that no video has emerged of the act taking place, Chris was most likely talked out of the idea.

Halfway through the month, Chris discussed with the Watchmen his feelings of loneliness and desire for a relationship. 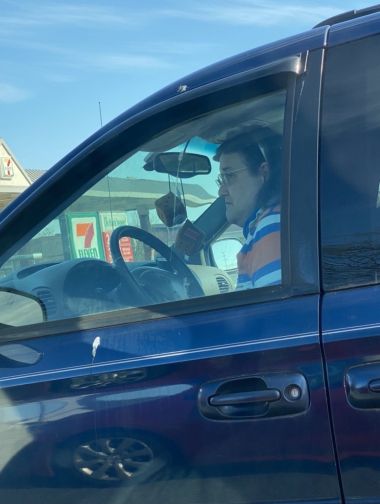 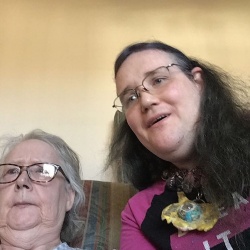 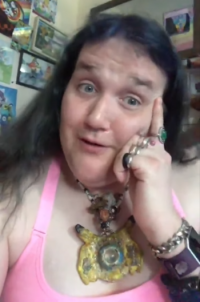 However, this would never come to pass, as this was the month in which Chris began to engage in Incest with his mother - news of which would not break for over a month. From then until Chris's emergency protective order in late July, the two had sex every third night.[3] 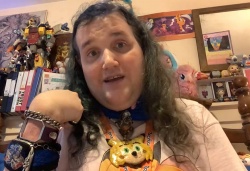 In the middle of this month, Chris would also meet his first real lover via text, and would get involved in a series of video calls with her. Along with this, said lover planned with Chris to have sex with him at Everfree Northwest. For a period of time, Chris would try to keep the new lover anonymous around most people he had spoken to, but had otherwise felt very conflicted about his first real sweetheart, believing that their relationship would not last long, and that she would meet someone else when she started attending college.

However, on the 29th, the month and Christory as a whole would see an unexpected and disturbing turn of events, as an audio clip of Chris admitting to having incestuous sexual intercourse with Barbara was leaked. After a welfare check was conducted on 14 Branchland Court, Chris was given an emergency protective order on 30 July to leave the premises of the house immediately, while Barbara was taken to a hospital.[4] The following day on July 31st, Chris stole $750 from Barbara's bank account, resulting in Null cutting all ties with him.[5].

Chris's attendance ticket to Everfree Northwest was also revoked by the convention,[6] and Null also began the process of refunding those who donated to the GoFundMe Fundraiser this month.[5] 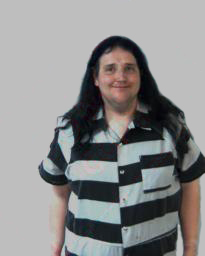 Chris's next court date was initially set for the 16th of this month, but it was given a continuance for November, due in part to the defense requiring time to do mental health examinations for Chris.[7]

Later, reports that Barb had returned to 14BC were conclusively confirmed when a fan went to the house and unsuccessfully tried to pry more details from her.[8]

Barbara turned 80 years old,[9] and Chris sent five more letters with topics ranging from his godhood to the quality of the jail's food.

Chris spent the rest of the month in jail waiting for his next court appearance.[10] 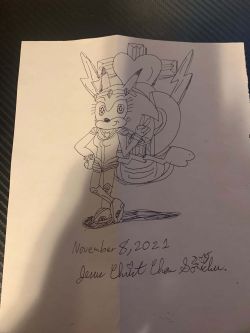 Chris's second court appearance was scheduled for the 18th of this month.[10]. But it was again given a continuance, this time to February 3rd, 2022 for unknown reasons. [11] Meanwhile, on 24 November, Barbara got involved in a serious automobile collision, suffering two broken ribs and a concussion as a result, but nevertheless still surviving the initial accident.[12][13]

Chris also continued to interact with fans and weens this month through means of several letters and a phone call.

Chris spends the Holidays behind bars. Meanwhile, the insurance claim for the car accident in November ruled in favor of the tractor-trailer driver involved, and Barb was fined $30, with an additional $76 in court costs on top of it.[14]