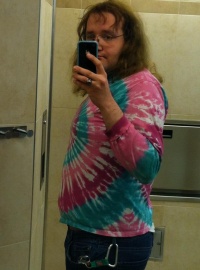 April was the fifth month of 2012. The fallout from the 28 October 2011 incident continued, as well as some activity from Chris' Facebook page. This month is particularly notable for it seeing Chris announcing he had finally lost his virginity, to a woman "from the backpage".