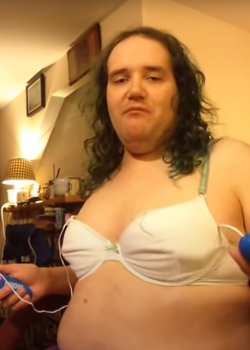 December was the 12th and final month of 2015. This month, Chris's "Crazy" style of video-making made a glorious return. He also continued complaining about how his ban from GameStop was unfair. Aside from this, Chris uploaded multiple videos about or relating to Christmas, and occasionally begged for money throughout the month via multiple Youtube videos and Facebook posts.