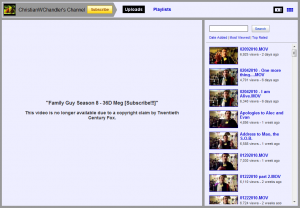 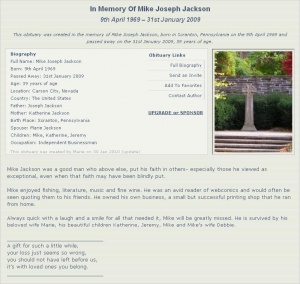 On 14 February 2010, Chris handles death and heartbreak with class. 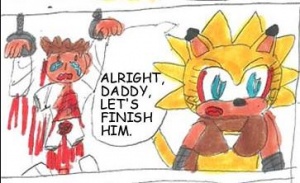 On 25 February 2010, Chris murders Evan in a totally disgusting way.

At the start of February 2010, Chris was beginning to surrender to the forces of the Asperpedia. He entirely gave up on the hissy fits, and only made desperate, but halfhearted, apologies. After a few failed attempts to weasel his way around them, he eventually completely submitted to the demands of Alec Benson Leary and Evan, and he promised to kill off Simonla and at least show higher tolerance towards the Asperchu ads on the CWCipedia.

While he delivered on the first promise, the second quickly started to cause him stress, since Alec started to use the ad space for his new comic, Sonichu Revolution, which harshly criticized Chris's hypocrisy, sexism, intellectual property theft, and the other kinds of stupid behavior and beliefs he exhibited on a regularly basis. In a typical Chris-like fashion, this criticism went completely over his head, and his reasons for not liking Sonichu Revolution were the violence and its similarity to Sonichu.

The official Sonichu comic progressed very slowly because all the stress caused by following Alec's demands caused Chris to crash into slumber again. This also led to an almost complete neglect of the mailbag. When Chris finally came back to answer the letters, his responses were far from adequate. At the end of the month, Chris completed Sonichu 10, ending it off in the most violent of fashions, killing off Simonla Rosechu...then turning around and killing Alec, Evan, Mao, and Sean for making him do so. For his troubles, Jack Thaddeus resumed his ads.

Chris recovered just in time for his birthday, which kicked off with a shameless display of self-praise. He also began to write character bios on CWCipedia, in which he acknowledged some details trolls have known for ages, such as Sonichu's evilness.

Perhaps the biggest mystery of this month was the sudden appearance of another human male in Chris's room, a man who actually put up with Chris's bullshit. This would prove to be one of the more puzzling developments of Chris's life.