CWC address to Royal Board 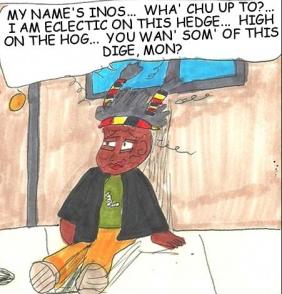 ORIGINAL CHARACTER DO NOT I DID NOT STEAL!!!

CWC address to Royal Board is a video uploaded to YouTube on 1 February 2010. It is the result of an unknown trolling scheme in which Chris was threatened with legal action from a "Mr. Blockly", claiming that Sonichu infringes upon his intellectual property. No details are known about the trolls behind this effort, or the message they sent to Chris. All we do know, from the context of this video, is that Chris felt the need to contact the "Royal Board of Certification" in London[1] and request that an "Abigail Budock" represent him in the forthcoming legal case. Being Chris, he decided to make this contact via YouTube. Oddly, Chris deleted the original video mere hours after uploading it.

What Chris doesn't seem to understand is that the laws of copyright in America are heavily based upon those in England, so attempting to gain copyrights or a patent for his character would be just as difficult, if not flat out impossible.

The timing of this incident suggests that it was inspired by Chris's outrage over Asperchu infringing on his own characters. Indeed, when Chris is trying to explain why Sonichu is totally unrelated to Mr. Blockly's "Soni-chew", he tries to tiptoe around Sonichu's origins, as though the Asperchu Saga has made him dimly aware that he's plagiarizing like crazy. In a laughable attempt to prove the characters are different, Chris presents a page from Sonichu #10 depicting what he would like to think Soni-chew looks like. This parody of Soni-chew would ultimately become Inos in the Sonichu universe, whereupon he would be re-purposed as Jimarcus Chu in the Asperchu canon.

It should be noted that Chris promised to make a video for one of his fans in the Mailbag two days prior to this. Chris has forgone this opportunity to help this fan in his dire hour of need in favor of doing nothing for two days, and then making a video in which he bitched at some guy in England.

[sighs] Good afternoon. This, uh, message is for the, uh, Royal Boileda Certification over in, uh, London, England, and, uh, I am addressing this to Miss Abigail Budock, I believe it is.

Anyway, um, my name- Anyway, I am Christian Weston Chandler of Ruckersville, Virgina, United States of America, and I am making this video to address the awa- I- ehh- I am allowing Ms. Budock and her company to represent me in the court, in this gub- in issue- in this international issue between us. Between my Sonichu, The Electric Hedgehog Pokémon, of the United States of America, and Soni-chew, the eclectic... Heeedge... Hog. Poke! Mon of Eng- of London, England.

Firstly, I would like to emphasize that, enough which- I would like to emphasize is, uh, characters, uh, character differences and moral differences. My Sonichu is actually a hedgehog, with electrical powers. With the topical combin- with the combination between, uh, another hedgehog and a Pika- a Pikachu, of who- of which, uh, I will not mention right now. But anyway, he- anyway he and his girlfriend Rosechu, another Electric Hedgehog Pokémon live in the city of CWCville, Virgina, United States of America, and they save...the day, and the city, and people's lives what-whatever they can. Between the original Sonichu and Rosechu, they all- they have- they currently have their own family life. They have three children. And also, we have other Electric Hedgehog Pokémon that are around, that live in and around the city of CWCville doing the same thing, also odd jobs and everything.

And then we got, uh, Mr. Blockly's Soni-chew, we're talking about a Jamaican drug dealer here. Just that, lives in some other city, possibly in London. In- in London. Anyway, eclectic! High on the hedge! And high on the hog. You want some of this Poke, mon?

Anyway, big- anyway, big, humongous differences, which the two are nothing similar at all. And even from the vague- from the vague description I have of the, uh, of Mr. Blockly's version, we're talking about- he would look something like that.

[Chris holds up a page 70 of Sonichu #10, which depicts an amazingly racist image of a stoned black man.]

And between my Sonichu, curr- which in this page he's currently in his super form after using the Chaotic Crystals. Big differences between the two. So I move that we, uh, make them, allow them to coexist internationally as mine, as my Mr. Chandler's Sonichu and Mr. Blockly's Soni-chew. And besides in the space because that's how it is recognized on his. Two words versus my one word.

And, uh, anyway, also I would like to, uh, before I conclude I would like to address this to Mr. Blockly. [Dramatic glasses removal.] From what I have seen so far, you are obviously a troll trying to pick on me. And after I have shared about ten years on the Internet with my Sonichu towards the worldwide fanbase, and I have a lot of fans, forums, even pages that slander- that have slandered my good name. And the current CWCipedia, which you can find all my- all my original comic pages on there. Originally hand-drawn, and then the text edited for easier reading.

Hmm... But anyway, with that again, Ms. Abigal Budock, you may represent me in the high courts over there in England, and I appreciate y'all's time. Thank you.