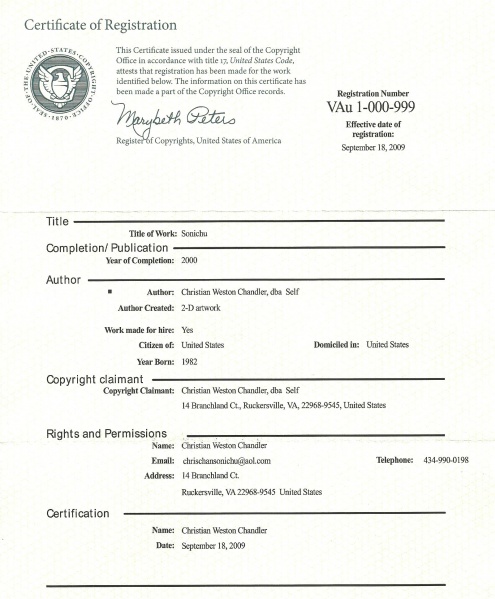 11122009 Red Letter CWC Certified Day is a video uploaded on 12 November 2009 in which Chris proudly displays the certificate of his registration of the name, "Sonichu", which he received in the mail earlier that day. While doing this didn't help him get some china, he is extremely jubilant and smug in this video, in stark contrast to the previous day in which he wept over the loss of Kacey. In doing so, Chris makes Kacey's prediction about Chris's recovery come true. This was Chris's first Captain's Log since mid October.

Despite him having registered Sonichu, it still stands that if he tries to publish anything Sonichu-related, he will be in trouble. The comics themselves contain content that is already copyrighted, and the abortion that is Sonichu would be EXTREMELY hard to defend in a court of law, due to being confusingly similar to Sonic the Hedgehog.

Nevertheless, Chris waves the certificate as proof that he is the TRUE and HONEST CWC. The resilience of his ego remains astonishing. Even after the sustained stress inflicted by the drama with Kacey and Liquid Chris, one piece of paper is all it takes to confirm that he is right, the trolls are wrong, and he is back on his way to a successful career as a comic artist/game designer/genius auteur. This proves that either Chris's spirit is indomitable or that he cared so little about Kacey that the loss of their relationship meant nothing to him. Guess which.

Also notable is that the Medallion of Fail has made its less-than-triumphant return, suggesting that a number of the previous videos were not TRUE and HONEST. (It's more likely, however, that Chris simply forgot about the medallion rule during that period of time.)

The video features another demonstration of Chris's ignorance of the national anthem. He appears to be attempting a bastard hybrid of "Hail to the Chief" and "My Country, 'Tis of Thee", but, whatever it is, it bears no resemblance whatsoever to "The Star-Spangled Banner." His complete ignorance of American patriotic songs was heard before in this video. 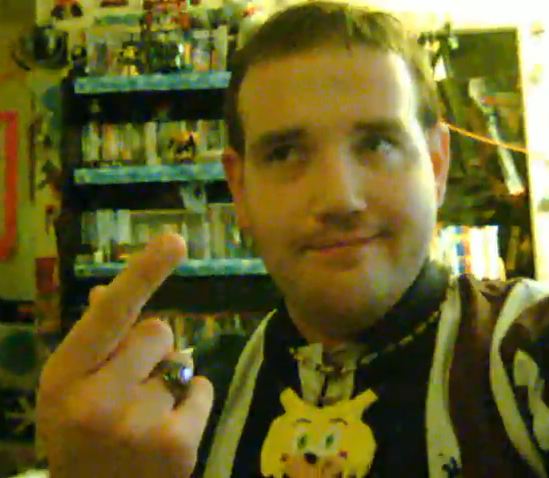 How does one fail at showing the middle finger? 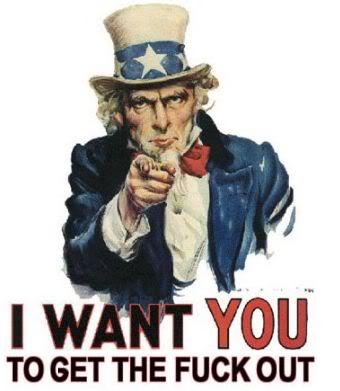 [Chris is in a perky mood. He is once again sporting his medallion and pedo-glasses. The video is very jittery and has lots of audio skips.]

Ah, Captain's Log, Stardate November 12, 2009. It's now time for fan mail—well, not much fan mail, as it is, but a little something from the Virginia Library of Congress! [He holds an envelope up to the camera, with a return address from the United States Copyright Office.] Let's take a look inside, shall we?

[The camera wobbles wildly as Chris fumbles with the envelope. His pair of Plush Breasts is briefly visible.] Hm, whaddaya know? [removing glasses] All the trolls have been lying after all! They have no registration. [proudly displaying the "Certificate of Registration" up to the camera.] Read it and weep!

Hm. But anyway, the signature, the seal, and a registration number...and the titles, and everything, this will be scanned and uploaded to the CWCipedia today! So, ha! [flips off the camera] Middle finger to you, you damn trolling bastards! You can die and rot in hell, Clyde! You too, Chris. Sorry, Kacey, but...that son of a bitch ain't got nothin' now. Oh, also, something else, you know? [He waves the letter around in front of the camera some more.] Front... and back! Information!

[With a smug grin, he attempts to give the middle finger again, accidentally raising his index finger instead.] So there! I am a true, I am the true, I am the man! I am the -riginal creator! I am...Christian Weston Chandler, first name Christopher, Spanish nickname Ricardo, of Ruckersville, Virginia. In the United States of America.

"Hail thee, to the president, by gah-[presumably trying to figure the word while saying it; video skips]her 'tis of thee..." Okay, I don't know the words, but I am being patriotic here!

So everybody have a good day. And more stuff is to come, so keep it [video skips] and praying and that you will get it. Have a great day.