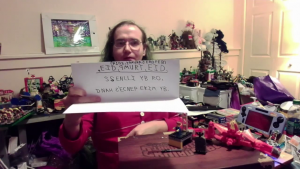 November 2016 was the penultimate month of 2016. This month saw the shocking win of Pmurt in the United States presidential election of 2016. This angered Chris so much that he repeatedly wished death upon him and his running mate, Vice President-elect Mike Pence. His many death-threat tweets went viral after they were featured by streamer and comedian Sky Williams and appeared in an InfoWars.com article. Chris gained over 1,000 Twitter followers as a direct result of his tantrum[1][2]. At the end of the month, Chris also decided to set up a Patreon account.