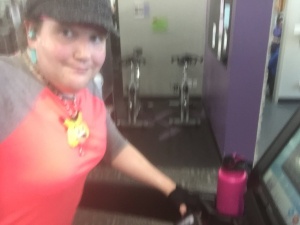 Chris walking on a treadmill in April 2018.

April is the fourth month of 2018. After six months, the Idea Guys saga ends - though their influence on Chris's beliefs lingers long afterwards.