Previously existing as a Chris-focused message board in various iterations, in February 2015 the CWCki Forums was consolidated into the Kiwi Farms, an extremely controversial site which focuses on lolcows (people and groups whose eccentric or foolish behavior can be "milked" for amusement and laughs) in general and not just CWC. (The new name came from the way several lolcows mispronounced "CWCki Forums".) 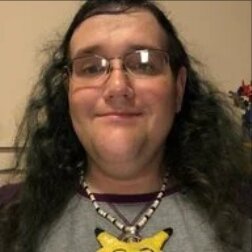 On 4 October 2017, a user going by the name "LegendaryChristorian" began a thread on the Christian Weston Chandler board on the forum. While a few speculated about it being a ween, Null, the head admin, quickly confirmed that it was indeed Chris.[2] Under this account, Chris received questions to which he responded in a livestreamed Q&A video.

His motivation for joining and holding the Q&A was to reach out to trolls and try to satiate their curiosity about his life by answering their questions, in the hopes that they wouldn't bother Jessica Quinn.[3] However, since Quinn was herself a troll, the interaction with the Farms instead proved instrumental in her breaking up with Chris on 5 October, after which he made a final, angry post on the forum before cursing it in another video.

Much like with the CWCki Forums, Chris has occasionally been known to lurk on Kiwi Farms. In 2015, after posting some photos to Facebook showing what he believed to be progress on his gender transition, Chris viewed the forum thread on it and was elated when a user commented "he looks like a D cup now".[4]

In August 2017, Chris, feeling refreshed after his trip to BronyCon, browsed the thread on it. On Facebook, he made a few posts responding to commentary and thanking users for featuring his photos.[5] In the same month, he referred to the Random Chris Updates thread to help prove a ween was trying to impersonate Doopie.[6]

In October 2017, Chris stated that he believed Jessica Quinn was not a troll because conversations between them hadn't been leaked, and he specified that he had not seen any such leaks on the Farms.[7]

Chris rated several of DoopieDoOver's posts from the end of the Jessica Quinn saga, the only ones he has rated so far.